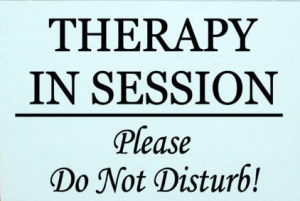 Reading about ... award-winning teachers makes one wonder if teaching has become the pedagogical equivalent of psychotherapy. Ought teaching to be primarily about building self-esteem in students, “nurturing” and above all making them feel “safe?” And what do you suppose an “inclusive and anti-racist learning space” looks like?

The two biggest lies about teaching are that one learns so much from one’s students and, so gratifying is it, one would do it for nothing. I had a number of bright and winning students, but if I learned anything from them, I seem long ago to have forgotten it. I always felt I was slightly overpaid as a teacher, but I wouldn’t have accepted a penny less. The one certain thing I learned about teaching is that you must never say or even think you are a good teacher. If you believe you are, like believing you are charming, you probably aren’t. ...

Teaching ... is less about making students feel welcome, supported and safe than it is about making them mildly ashamed of their ignorance and slightly fearful of exposing it. Shame and fear (also of failure) may not be central to classroom learning, but are indubitably part of it. They certainly were of my own.

There used to be a tough-guy tradition in teaching that was in good part based on shame and fear. I had such a teacher at the University of Chicago named Norman Maclean. When he asked you a question, he made you feel as if you were being interviewed by the bad cop. (The good cop had ducked out for a smoke and wasn’t likely to return soon.) This was deliberate. When Maclean retired he wrote an article in which he mentioned one of his tough-guy teachers, on whom he modeled his own teaching. On the first day of class this man assigned a 3,000-word paper due on the second day of class. “That’s just to show them grandma has teeth,” he used to say. Maclean, not at all by the way, also happened to be an excellent teacher.

In this age of “The Triumph of the Therapeutic”—the title of a cogent 1966 book by Philip Rieff—such teaching would be prohibited. Students might cry. Mothers would call in. Shrinks would rub their hands at the prospect of future patients. No, it simply wouldn’t be permitted.

Forgoing the tough-guy pedagogical style, as a teacher I attempted to present myself as reasonably cultured, passionate about his subject, serious but not without humor, fair but strict; as someone who put out for his students—by carefully preparing for class and putting much labor into grading their papers—and expected them to do the same for him. I never felt the need to assure students that in me they had a friend. I never worried about making them feel safe. I never thought to build up their self-esteem, which in any case cannot be conferred but must be earned. I’m not sure this would be acceptable today.

Yes, “The Triumph of the Therapeutic” - literally as well as figuratively - has already arrived, and this mindset is particularly disturbing when it also applied to graduate law students.

Here are just a few examples:

* Long after the presidential election was over, UC Hastings Law School felt the need to provide a “Chill Zone” in its library where delicate law students could “relax, meditate, do yoga, take a quick nap to reenergize” from its outcome. To help them cope with stress, the room is filled with nap pads, bean bag chairs, and yoga mats.

* Two law schools went even further, one providing an “embedded psychologist” in a room full of bubbles and play dough, and another a room with nap pads, bean bag chairs, and yoga mats.

** At Harvard Law School, a female feminist law professor was told not to use the word “violated” - even in a sentence like “the statute violated the constitution” - because it might upset some law students, all of whom are over 21 and may well have to one day prosecute and/or defend violators.

* Indeed, according to some reports, professors - even female ones - now decline to teach the law related to rape in their criminal law courses because students are supposedly too sensitive.

Thus it seems that we are encouraging our students to be irresponsible and gullible, as well as to be unable to think clearly for themselves.

For example, students at my university recently signed a petition to ban the male figure used on crosswalk signs because they feel oppressed by it. See, e.g.,
PC Madness at GWU - Ban Stick Figure Crosswalk "White Man"
https://bit.ly/2KJuzaL

This is just further evidence that law schools are raising a generation of wuss lawyers, unable to stand up to tough judges and often underhanded opposing counsel, in order to protect the freedom, financial welfare, and sometimes even the lives of their clients.

From the fictional Atticus Finch (who stood up to racist pressures) to real life lawyers including Andrew Hamilton (who defied a judge to establish freedom of the press), and John Adams (defending soldiers in the Boston Massacre), we have depended on the bravery of lawyers to protect our sacred liberties.

What would attorney Patrick Henry, who famously said "Give me liberty, or give me death!"), say if he heard law students now saying “Give me play dough so I can cope!”