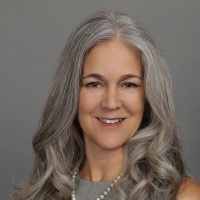 The Board of Trustees at University of La Verne told law professor Diane Klein this week that its decision to strip her of tenure is final. In doing so, ULV ignores both the unanimous vote of the university’s Promotion and Tenure Committee to reinstate her and the school’s own policies, which guarantee Klein a meaningful appeal.

“All the substantive matters being alleged against me are flimsy and pretextual,” Klein tells FIRE. “At worst, minor infractions of a sort committed routinely throughout the university without significant consequences.”

“The real reason for all of this is my involvement in faculty governance and, ironically, the protection of tenure, especially at the College of Law.”

Now, Klein says, she will sue to protect her rights.

Klein’s use of  ‘assassinate’ a pretext for her ouster
Klein has long maintained that her dismissal by ULV’s provost late last year — over a baseless allegation that she threatened a colleague — was a pretextual attempt to remove her for her outspoken work to improve the law school’s faculty governance and her support for tenure protections.

FIRE shares many of Klein’s concerns. We wrote to ULV earlier this year, explaining that, in context, it was clear Klein’s speech was not a “true threat.”

As part of ongoing discussions about the potential closure of the College of Law, there were concerns about the school’s Center for Academic and Bar Readiness program and the professor who runs it, Jendayi Saada. (ULV’s 2018 California bar exam passage rate was a scant 32.08% — far lower than the 2018 statewide average of 64%.) After the issue was discussed at a November 2019 Faculty Senate meeting, someone overheard and reported a comment they said Klein made to a fellow professor:

“We have to decide whether we are willing to assassinate Jendayi—and I, for one, am willing to do it.”

As FIRE’s letter explained to ULV:

Klein’s comment was not a serious expression of an intent to commit unlawful violence. It was intended, and was understood to be, a metaphorical and hyperbolic expression concerning Saada’s leadership and the efficacy of her program in the context of broader criticism of the ULV College of Law, its bar passage rates, and current position of financial exigency. As noted in well-settled cases spanning decades, the First Amendment and any reasonable understanding of freedom of speech plainly protects such expression, even when it obliquely, hyperbolically, rhetorically, or sarcastically implies physical harm to another. Such speech, like Klein’s comment, remains protected expression and cannot reasonably be considered a true threat to physically harm another.

MIke Perry writes "Are we talking about a law school here or a particularly mean middle school?"

In my experience there is often precious little difference between the two.

Are we talking about a law school here or a particularly mean middle school? This sounds more like the latter.