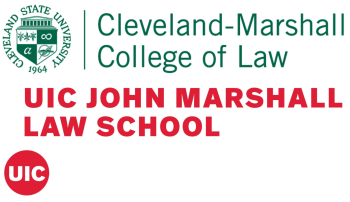 Hanna Kassis has spent months fighting for the names of two prominent law schools to be changed. ...

Who was John Marshall? Research by historians has revealed Marshall owned hundreds of slaves. Some suggest the Supreme Court justice made decisions in favor of slave owners because of his ties to the slave trade. ...

Kasssis, who lives in Cleveland, wants Cleveland Marshall College of Law at Cleveland State to be renamed as well as his alma matter, UIC John Marshall Law School in Chicago, and the other elementary and high schools named after Marshall across the country.

Kassis started a petition in June. He also started a website; renamejohnmarshall.com and multiple social media accounts and his efforts have worked. Kassis is on a committee to rename John Marshall Law School in Chicago.

19 News reached out to Cleveland State about this. They denied our request for an on-camera interview but they did send us a statement:

We take the petition to change the name of our law school and the spirit in which it was written very seriously. We reject and condemn racism in all its forms — overt, covert, and systemic, and we accept our responsibility to evaluate our role in perpetuating racism, whether it is conscious or unconscious.

Removing “Marshall” from our law school’s name would be a very consequential decision by the College of Law and Cleveland State University that will require careful study and thoughtful consideration of different viewpoints from our entire law school and university community. We have begun that process by forming a Law School Name Committee consisting of CSU Cleveland-Marshall faculty, staff, students, and alumni which is meeting regularly to consider this issue.

In considering a name change, we will incorporate wide input and will be guided by our proud history, our guiding values, our law school’s mission Learn Law. Live Justice, and the values and mission of Cleveland State University.

After listening to input from the Law School community, I am appointing a new task force and a new committee to further our work to become an antiracist Law School. The details about each appear below. I hope you all will work with these two groups to help us continue to evolve and grow. In the near future, I will be providing additional updates and details about other antiracism programs and initiatives. Thank you for reading about these important matters.

The Law School’s name traces to its founding, in 1899, as The John Marshall Law School. John Marshall was the fourth Chief Justice of the United States Supreme Court; he also served as Secretary of State and as a member of the House of Representatives. John Marshall owned and traded slaves. He also wrote opinions that address slavery and indigenous sovereignty.

Some alumni, students, and faculty have called for the name John Marshall to be removed from the Law School’s official name as expeditiously as possible and before the Premises Covenants expire. Dean Darby Dickerson has appointed and charged a Task Force to make findings and a recommendation about the Law School name.

Charge: To develop findings and a recommendation about whether “John Marshall” should be removed from the Law School’s name. In so doing:

If we can work out the ordering, perhaps we should just number schools.

Shouldn't Hanna Kassis be demanding that the state of Washington and Washington DC among other institutions be renamed since Washington owned slaves? Or is that next?

Insofar as the Chicago school is concerned, they are fighting over the names on deck chairs on the Titanic.

Can we reconsider Marbury v. Madison while we’re at it?

Why not remove Chicago, since it practiced segregation?

Two thought: A man's name on a building is not racist by any reasonable definition. Since we're now redefining terms to suit a political agenda, perhaps conservatives ought to be calling leftists child molesters from now on.

Second, the notion of a right and wrong side of history was used to perpetrate the worst atrocities back during the 20th Century. I wonder, will leftists in a hundred years be calling Hanna Kassis a racist dinosaur? I'm sure they will...