Henrik Kleven (Princeton) presents The EITC and the Extensive Margin: A Reappraisal virtually at NYU today as part of its Tax Policy Colloquium Series hosted by Lily Batchelder and Daniel Shaviro: This paper reconsiders the impact of the Earned Income Tax Credit (EITC) on labor supply at the extensive margin. I investigate every EITC reform at the state and federal level since the inception of the policy in 1975. Based on event studies comparing single women with and without children, or comparing single mothers with different numbers of children, I show that the only EITC reform associated with clear employment increases is the expansion enacted in 1993. The employment increases in the mid-late nineties are very large, but they are influenced by the confounding effects of welfare reform and a booming macroeconomy. Based on different approaches that exploit variation in these confounders across household type, space and time, I show that the employment effects align closely with exposure to welfare reform and the business cycle. Single mothers who were unaffected by welfare reform (but eligible for the EITC) did not respond. Overall and contrary to consensus, the case for sizable extensive margin effects of the EITC is fragile. I highlight the presence of informational frictions, widely documented in the literature, as a natural explanation for the absence of extensive margin responses. 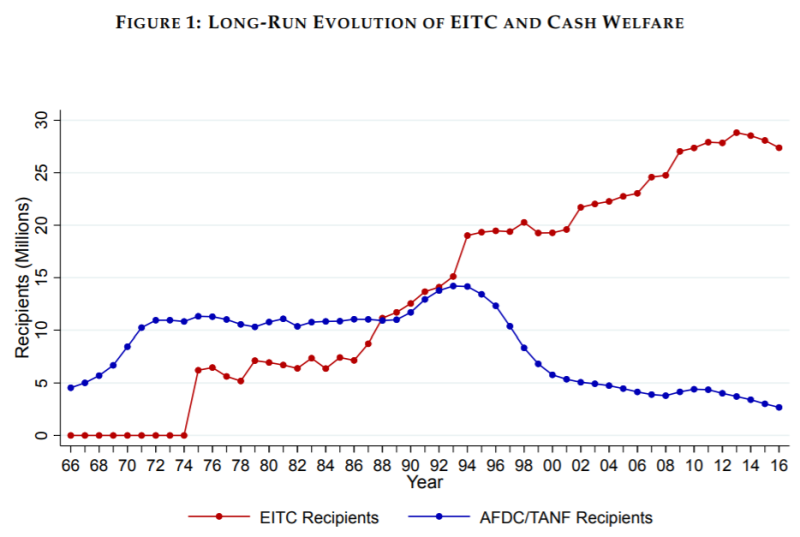