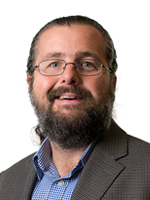 This Article is forthcoming in the Florida Tax Review. It completes the series on the history of professional responsibility standards for US tax lawyers since 1945. The first article in the series was published in 2012: Legal Ethics and Federal Taxes, 1945-1965: Patriotism, Duties, and Advice, 12 Fla. Tax Rev. 1 (2012); and the second in 2014: Committee Opinions and Treasury Regulation: Tax Lawyer Ethics, 1965-1985, 14 Fla. Tax Rev. 675 (2014). These two articles explored the development of professional responsibility standards for tax lawyers from 1945-1985.

This third article focuses on the two issues that dominated discussions of professional responsibility standards for tax lawyers in the 1985-2015 period: return position standards and tax shelter opinions.

It opens with consideration of the ABA’s 1965 opinion providing “reasonable basis” as the standard for undisclosed return positions, and then traces the response to that opinion as the response prods the development of the 1985 replacement with its “realistic possibility of success” standard. The Article documents the extensive interaction between Congress, the Treasury Department, and the tax bar over the next 30 years during which penalties are studied and revised and, eventually, § 6694, Circular 230, and the “substantial authority” standard succeed to primary importance. It chronicles the rise of the Treasury Department and Circular 230 and the idea of a single regulator of the full scope of professional tax work until Loving and Ridgely trip-up Treasury in its efforts to become that regulator.

The Article then explores the second wave of tax shelters that followed the 1986 tax reform. This wave could not be defeated by the type of substantive legal change that undermined the earlier wave of shelters, nor were the opinion requirements of the ABA or Circular 230 useful for doing so. The Article explains the responses of Congress, the Treasury Department, and the tax bar as new laws and opinion standards were debated and developed, and how that second wave was brought down by criminal prosecutions rather than professional standard revisions. As with Treasury’s efforts to regulate return positions, the Loving and Ridgely cases close the 1985-2015 period with the curtain of uncertainty for Treasury’s authority to regulate tax lawyering under Circular 230.

The Article concludes with reflections on the 1985-2015 period in light of the 1945-1985 history covered in the earlier two articles, and it then suggests how to move the professional responsibility discussion forward. By the end of 2015, with the ABA opinion on return position standards pre-empted by statute and Circular 230 eviscerated by courts, professional ethics for tax lawyers had been largely replaced by penalty standards and uncertainties. To improve the deliberations on how best to develop standards from the current situation, empirical research into the practice realities of tax lawyers is suggested, giving attention to the diversity of the tax bar and the geographical, firm size, and specialization variations of the tax bar.