Joint Statement of the Deans of the University of California Law Schools About the Value of Critical Race Theory: 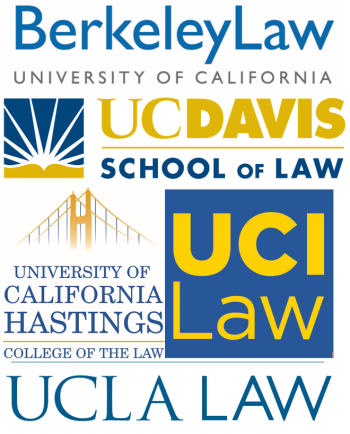 Dear UC law school community and friends,
As the Deans of the five University of California law schools, we write with one voice to defend Critical Race Theory and to speak against the attacks upon it by the President of the United States and the Office of Management and Budget. The faculties of the UC law schools include many of the leading scholars in Critical Race Theory (CRT) and our law schools engage in a good deal of important scholarship, teaching and policy work about how race and racial oppression shape law and society. We are enormously proud of our CRT colleagues and the important work they do, and we are deeply distressed to see the federal government attack this important intellectual tradition, caricature it in an unjustified and divisive manner, and ban federal employees from learning about it through trainings.

On September 4th, the Director of the Office Management and Budget, at the direction of the President, banned any training within the federal government related to Critical Race Theory, calling it “anti-American propaganda.” The OMB memorandum equates Critical Race Theory to two inaccurate and wildly oversimplified tenets: (1) that the United States is “an inherently racist or evil country” and (2) that white people are “inherently racist or evil.” This characterization reduces a sophisticated, dynamic field, interdisciplinary and global in scope, to two simplistic absurdities.  In fact, a central principle of Critical Race Theory is that there is nothing “inherent” about race.  Rather, CRT invites us to confront with unflinching honesty how race has operated in our history and our present, and to recognize the deep and ongoing operation of “structural racism,” through which racial inequality is reproduced within our economic, political, and educational systems even without individual racist intent.

We cannot stand silent in the face of the OMB’s absurd claim that Critical Race Theory is “contrary to all we stand for as Americans and should have no place in the federal government.” CRT is most assuredly not contrary to what we stand for. The intellectual value of Critical Race Theory is something we experience every day, through the brilliance of the numerous CRT scholars whom we are proud to call our colleagues. The work of these scholars has shaped legislation, court cases, programs, and policies. Indeed, much of their work is precisely what we would hope that federal employees would receive training about. If employees learned about the theory of intersectionality, it might help them understand why Black women face a larger wage gap than either white women or Black men, and help motivate federal programs that try to address the disparities they face. When federal employees learn about the dangers of and the pervasiveness of implicit bias, it can spur improved processes and fairer decisions about who gets a job or receives a federal contract.

We also see, every day, the ways our students benefit from the learning and the teaching of Critical Race Theory as part of their education. Many of our students who go on to public service, or who dedicate themselves deeply to pro bono work, or who work in profound ways to make the world and the legal system more truly equal, do so having been deeply inspired by the critical race scholars from whom they have had the opportunity to learn at our law schools.

We are proud of the diversity within our communities, including our faculty, students, staff and alumni, while we recognize that each of our institutions have further work to do to become more deeply anti-racist. We know that the perspectives, critiques, and engagements that CRT offers are needed more now than ever.  They are not in the least “anti-American propaganda” – rhetoric redolent of McCarthyism and the Red Scare, deeply anti-intellectual episodes in our own history – but rather, quite necessary to our hopes for an America that will someday live up to its promise of equality for all.

UT: "Cancel culture is OK if I don't like the speech in question."

Says the guy who literally wants to cancel the SATs, and probably every other objective measure of intelligence known to humankind...

Anon: "you fight fire with fire"

In this case, you fight fire with an oxygen bomb. I see four separate arguments that support firing, for cause, any federal employees who employ CRT in any training whatsoever: government speech doctrine, administrative discpline by executive branch superiors, establishment clause violations, and basic competency. CRT fails every one of those tests.

Two responses, both of which boil down to "Cancel culture is OK if I don't like the speech in question." What lofty principles one finds in these comment sections...

@Unemployed Northeastern: Even if this were accurate, you fight fire with fire.

UT: "Consistency seems to be too much for this lot."

Defunding programs that use taxpayer dollars to promote anti-empirical, pseudoscientific, racist concepts which originated in the Marxist Frankfurt School is perfectly consistent with good governance.

Isn't the fact that Trump was elected mostly by people who stand basically no chance of benefitting from his economic policies proof that an emphasis on race can be divisive?

What is it that CRT is supposed to do that disciplines that have standards of empirical rigor--sociology, economics, political science, history--do not already do better?

Is it an academic discipline if you know your conclusions before you begin your analysis?

Would it be possible for someone in CRT to reach the conclusion that framing everything as being about race can be divisive and counter-productive and can exacerbate racial tensions under at least some conditions?

Wait, I thought the right was supposed to be anti-cancel culture. I guess that was last week, now they're trying to cancel entire pedagogies. Consistency seems to be too much for this lot.

In defending Critical Race Theory by name, which I encourage everyone to learn the origins of (see Dr. James Lindsay), they're defending an anti-empirical, pseudo-scientific, and racist view of the world. Full stop.

Any adult that speaks of "intersectionality" with any degree of seriousness is really a child.

Are you sure this isn't a fabrication designed to make law school deans and critical race theory look every bit as bad as the Trump Administration claims?

President Trump has your number. The OMB memo is spot on.
We the people will not tolerate racism or anti-Americanism of any kind.
Take your cultural marxism and diversity grift elsewhere.

The OMB memo is reproduced below for the TaxProf Blog reader:

EXECUTIVE OFFICE OF THE PRESIDENT
OFFICE OF MANAGEMENT AND BUDGET

MEMORANDUM FOR THE HEADS OF EXECUTIVE DEPARTMENTS AND AGENCIES

SUBJECT: Training in the Federal Government

It has come to the President's attention that Executive Branch agencies have spent millions of taxpayer dollars to date "training" government workers to believe divisive, antiAmerican propaganda.

For example, according to press reports, employees across the Executive Branch have been required to attend trainings where they are told that "virtually all White people contribute to racism" or where they are required to say that they "benefit from racism." According to press reports, in some cases these training have further claimed that there is racism embedded in the belief that America is the land of opportunity or the belief that the most qualified person should receive a job.

These types of "trainings" not only run counter to the fundamental beliefs for which our Nation has stood since its inception, but they also engender division and resentment within the Federal workforce. We can be proud that as an employer, the Federal government has employees of all races, ethnicities, and religions. We can be proud that Americans from all over the country seek to join our workforce and dedicate themselves to public service. We can be proud of our continued efforts to welcome all individuals who seek to serve their fellow Americans as Federal employees. However, we cannot accept our employees receiving training that seeks to undercut our core values as Americans and drive division within our workforce.

The President has directed me to ensure that Federal agencies cease and desist from using taxpayer dollars to fund these divisive, un-American propaganda training sessions. Accordingly, to that end, the Office of Management and Budget will shortly issue more detailed guidance on implementing the President's directive. In the meantime, all agencies are directed to begin to identify all contracts or other agency spending related to any training on "critical race theory/9 "white privilege," or any other training or propaganda effort that teaches or suggests either (1) that the United States is an inherently racist or evil country or (2) that any race or ethnicity is inherently racist or evil. In addition, all agencies should begin to identify all available avenues within the law to cancel any such contracts and/or to divert Federal dollars away from these unAmerican propaganda training sessions.

The President, and his Administration, are fully committed to the fair and equal treatment of all individuals in the United States. The President has a proven track record of standing for those whose voice has long been ignored and who have failed to benefit from all our country has to offer, and he intends to continue to support all Americans, regardless of race, religion, or creed. The divisive, false, and demeaning propaganda of the critical race theory movement is contrary to all we stand for as Americans and should have no place in the Federal government.