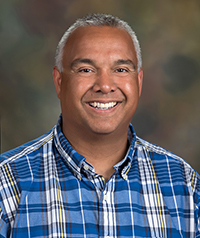 The article identified the 15 top overperforming schools as

And it identified the 15 most underperforming schools as

For the top 15 schools the data looks like this and it indicates the average 1L attrition rate for these schools is almost twice as high as the national average rate of 1L attrition for schools with similar LSAT entering credentials.

For the bottom 15 schools for bar passage the data is as follows:

Just today, a colleague at another school agreed to help with a more detailed and accurate empirical study on these data and a large well-funded entity with a trove of statisticians today agreed to lend us a helping hand.

As soon as the research is complete, we will share the data.

Let's be really clear that the author is not saying that bar prep programs are ineffective. All he's reiterating is the fairly unremarkable reality that if a law school fails out more students, it is failing out the students most likely to fail the bar because of the established correlation between law school GPA and bar passage. So I'd like to know if anyone is seriously suggesting that high attrition does not improve bar passage and should be ignored when looking at a school's performance on the bar exam.

applies to other professional schools and grad school in science, too. High admission standards and a clear, early cut for the obvious won't-make-it crowd.