On the third Sunday of Lent last year, Will Morris, deputy global tax policy leader at accounting giant PwC, admitted he felt conflicted when he became a part-time priest.

“I had asked myself whether I was — as a very well-paid tax lawyer for a large US corporation — subconsciously trying to cleanse a job that some viewed as ethically dodgy, by throwing a priestly cloak over it all,” he told a congregation at London’s St Martin-in-the-Fields church, describing his ordination a decade earlier.

Mr Morris operates at the highest levels of corporate tax and policy. As chairman of the OECD tax advisory committee, he is a powerful lobbying force. As one ally put it, he “can corral an impressive list of tax directors and policymakers into a room”.

The distinction between his professional and priestly life was thrown into particularly sharp relief this month. Mr Morris was one of five former General Electric executives who negotiated a $1bn tax break in the UK in 2005 that HM Revenue & Customs now claims was fraudulently obtained.

Will Morris is an assistant priest at St Martin’s, having been here since his ordination in 2009. He is a Self Supporting Minister who also works at PwC (PricewaterhouseCoopers) as Deputy Global Tax Policy Leader. At St Martin’s he focuses on faith and workplace issues and wrote Where is God at Work in 2015, and Love thy Colleague: Being Authentically Christian at Work in 2017.

Will is married to Michelle and they have three daughters. 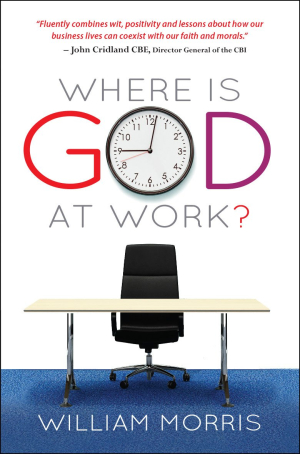 An ordained minister and senior executive reflects on the challenges and opportunities afforded to Christians in the workplace.

Not every workplace is a nice or godly—much less fulfilling—environment. Yours may include a tyrannical boss, tedious work, or unforgiving hours. Or all three. Although you know that God cares about all aspects of your life, including work, and you know that God is as present at the jobsite as he is in church or anywhere else, you may struggle to feel God’s presence there.

Author Will Morris encourages readers to think through the calling to be a Christian in the workplace and challenges them to see what God is doing and to work with Him. As you open yourself to the possibilities, you may do more than feel God’s presence at work. You may see Him working for you and through you, even in the form of a volatile boss, annoying colleagues, an ethical dilemma, or a pink slip. Wonderfully thoughtful, positive, and practical, Where Is God at Work? is filled with observations and anecdotes from the author’s own career in a demanding business world.

I do not always agree with Will Morris but on a fundamental issue we are in total agreement; you either take your faith to work with you or you're not putting it to work. This book challenges on that issue in innovative ways and I recommend it. — Richard Murphy, Tax Justice Campaigner

Love Thy Colleague: Being Authentically Christian at Work (2017): 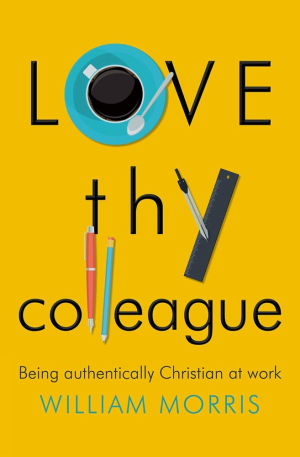 How do you cope with arrogant colleagues, or coax the best from shy or sensitive colleagues? How do you develop a decent working relationship with someone who won't shut up? Some people spread depression like a fog: how do you lift their spirits and stop them infecting the workplace? Our presence at work is a responsibility and an opportunity to bring the character and nature of God though what we say and do, and how we respond to our colleagues.

William Morris draws upon his years in the corporate world and his Christian faith to reflect with wit and insight upon the characters we come into contact with during the working day. He explores these people from a pastoral perspective, informed by Jesus teaching in the parable of The Good Samaritan, giving reader's permission to examine and find new perspectives on getting along with the people we work with.

The last chapter is called “The Departing Colleague”. While he was writing the book, General Electric had announced that, as a measure of economy (which Morris accepts as valid) it was about to transfer its entire tax department to the accountants PriceWaterhouseCoopers. Now, in his mid-fifties, he is applying the experiences related in his earlier chapters both to those of his colleagues who needed help to cope with this new phase of their lives and also to himself. In the latter case, while giving thanks for the past, he not only unresentfully accepts the present situation, but welcomes the challenges that lie ahead in the future — and in this he is helped by his conviction that “whatever happens, the Good Samaritan — Jesus — is always coming down the road towards us, always ready to bind our wounds.”

Prior to joining PwC, Will spent 17 years at General Electric directing GE’s Global Tax Policy Program. From 1995-97 Will worked at the IRS, and from 1997-2000 worked in the Office of Tax Policy at the U.S. Treasury.

Will has degrees in history, law, and theology from Trinity College Cambridge, the University of Virginia, and St Mellitus College, respectively.