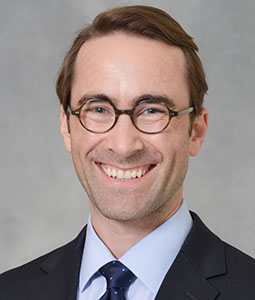 The Tax Cuts and Jobs Act was the most significant tax law in more than three decades, but the strategy for getting it enacted included a variety of maneuvers to avoid public scrutiny. As a result, many taxpayers did not know how they would be affected until they filed their own tax returns more than a year later. This Article identifies this lack of transparency as part of a persistent pathology in tax policy making of avoiding and constraining democratic forces. To this end, various scholars and policy makers have sought to channel tax policy making away from democratic input and towards prescribed outcomes. This Article argues that these moves are grounded in strands of public choice theory that are expressly critical of democratic decision making.

One proposal, for example, is to require Congress to consider (and publicize) precisely how a proposed change in tax law is expected to affect different example taxpayers, including taxpayers from each Congressional District. This would allow actual taxpayers observing the policy making process to anticipate their treatment under a proposed law, and in turn demand greater responsiveness to their real interests from their representatives. Other proposals build on this approach, calling for drastically more transparency and a radical—but entirely achievable—reworking of the types of analysis produced and publicized in the federal tax legislative process.

These proposals are grounded in a two-part framework for democratically legitimate tax policy making, introduced in this Article and grounded in the theory of “democratic justice.” First, I argue that, contra the undemocratic moves uncovered here, a commitment to democratic legitimacy demands broad participation in tax policy making. This point connects tax policy with an important element of democratic theory, the principle of affected interests. Second, I argue that an inclusive tax policymaking process should have non-domination—i.e., preventing the use of power to threaten the basic interests of other people—as a central goal in decision-making procedures. As the proposals show, this framework suggests practical ways to reframe the standard normative debates in tax policy making.