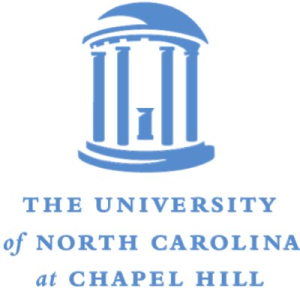 In June 1951, five African Americans, Harvey E. Beech, James L. Lassiter, J. Kenneth Lee, Floyd B. McKissick, and James R. Walker enrolled in classes at the University of North Carolina School of Law in Chapel Hill (“Carolina Law”). Their enrollment and attendance at Carolina Law was the result of years of effort to desegregate higher education in the United States. The National Association for the Advancement of Colored People (“NAACP”) litigated case after case, building precedent for United States Supreme Court challenges to racial segregation in education and in all areas of society. McKissick v. Carmichael, the 1951 case that removed the legal barrier to African American admission to Carolina Law, was one of those cases. The goal of this Essay is to fill a space in the scholarship by telling the story of how these men came to be the first, how their case fit into the context of a broader civil rights campaign, and how that experience impacted the young men’s lives and the lives of many others.

In recent years, UNC-Chapel Hill and Carolina Law have also affirmed commitments to diversity more broadly by establishing scholarships, fellowships, programs, offices, and positions dedicated to promoting racial equality and diversity and by publicly avowing the campus and law school’s commitments to diversity. Additionally, the campus now boasts, next to its iconic bell tower, a 44,500-square-foot black cultural center, the Sonja Haynes Stone Center for Black Culture and History, whose mission is to serve as a hub of teaching, scholarship, and engagement within the campus, particularly focused on the African American and African diaspora.

But UNC-Chapel Hill and Carolina Law still have challenges in recruiting and retaining African American and other minority faculty, students, and staff and in creating a campus environment that is racially inclusive. Student and other activists have fought for years to remove monuments and building names which reflect a segregationist past. And recently, right-wing extremists, including members of “white power” movements, have targeted the campus with intimidating rallies, marches, and speakers. So, while the campus has made great strides in integration and racial inclusion thanks to herculean efforts like those of the first five African American students and their NAACP advocates, UNC-Chapel Hill still has much more work to do.