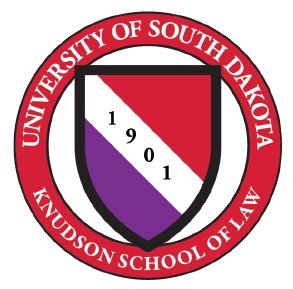 The naming of the USD Knudson School of Law is the result of a $12.5 million gift from Knudson’s friend and colleague, T. Denny Sanford. The gift will ensure the law school remains a national leader in excellence, service and leadership.

"It's quite meaningful to see an investment of this size and to see the vision Mr. Sanford and Mr. Knudson have for securing the future of law in the state of South Dakota," said USD President Sheila K. Gestring. "The USD Knudson School of Law is the only law school in the state, and most of our graduates practice in the state and regionally. This gift is very important to continuing law in South Dakota."

"This gift is tremendous because it more than doubles the size of our current endowment at the law school, and it will fund up to 10 full-tuition student scholarships for every incoming class," said Neil Fulton, dean of the law school. "It literally changes the lives of 10 students every year, and it gives us the opportunity to help 10 students begin their careers right here in South Dakota."

Born and raised in Yankton, South Dakota, Knudson has served the state in many capacities. After earning his bachelor’s degree from Harvard University (1972) and a juris doctor degree from New York University (1975), Knudson returned to his home state to practice law. He started working for Davenport, Evans, Hurwitz & Smith, LLP, and in 1978, he became a partner. It is at the firm where Knudson began representing Sanford, beginning a collaboration that has lasted decades. Through their working relationship, the two formed a lifelong friendship that has in major ways transformed South Dakota.

Knudson served the state as a South Dakota senator from 2003-2011 and a Senate majority leader from 2007-2011. He was vice-chair for the education committee and the legislative procedure. Knudson is a member of the South Dakota Bar Association.

"Dave chose to come back to South Dakota because he cares about his home," said Fulton. "Dave is a perfect example of what a lawyer can do here in South Dakota, and for the students of the law school to walk in the front door every day and see 'USD Knudson School of Law,' it’s transformative."

I live in South Dakota and know the people involved in the gift. Some people here, particularly law school alums, are chucking about a non-alum lawyer getting his name on the law school. Is this really an issue?