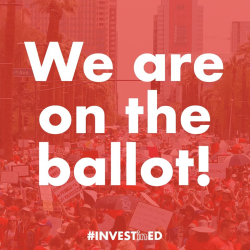 It is hard to describe tax law succinctly. The federal Internal Revenue Code is over 6,000 pages and contains over 4 million words. As scholars who write about taxation, we are well aware of this challenge. Nevertheless, the 100-word summary that appeared on Invest in Education’s petitions accurately describes its proposed change to Arizona tax law.

Arizona's Invest in Education initiative would establish a new, separate surcharge of 3.5% on taxable income above certain threshold amounts. This new surcharge shall be imposed “[i]n addition to any other tax imposed by this chapter” and, it will be “collected regardless of whether the income tax rate brackets in this chapter are changed, replaced or eliminated by an act of the legislature.”

Invest in Education’s 100-word summary described this provision as “establishing a 3.5% surcharge on taxable income above $250,000 annually for single persons or married persons filing separately, and on taxable income above $500,000 annually for married persons filing jointly or head of household filers.” This description straightforwardly describes the tax law change proposed in the initiative text.

The Arizona trial court held there were three tax-related problems with the 100-word summary. The trial court concluded that the use of the term “surcharge” rather than “tax” was misleading, and it held that the description omitted two principal provisions: the relative percentage change in the marginal tax rate and the fact that the definition of taxable income includes income that individuals earn as owners of pass-through entities. The trial court’s conclusions are based in confusion about tax law and a misreading of the Arizona Supreme Court's decision in Molera v. Reagan. As this brief explains, there is nothing misleading about the 100-word summary, and it accurately described the principal tax provision.

On Wednesday, the Arizona Supreme Court unanimously agreed and ordered the Invest in Education initiative back on the ballot, reversing the trial court's ruling that the 100-word summary was misleading and confusing. Molera v Hobbs, CV-20-0213  (Aug. 19, 2020):

The Court en banc has considered the briefs and authorities in this expedited election appeal concerning the “Invest in Education Act” ballot initiative, I-31-2020. The trial court enjoined the ballot measure finding that the 100-word description did not accurately describe the proposition under A.R.S. § 19-102(A). Upon consideration, the Court unanimously finds that the 100-word description did not create a significant danger of confusion or unfairness and reverses the trial court ruling.

The Court also unanimously finds that evidence of the compensation structure and incentives presented at trial did not warrant the invalidation of the circulators’ petitions under A.R.S. § 19-118.01 and affirms the trial court ruling rejecting this challenge. Therefore,