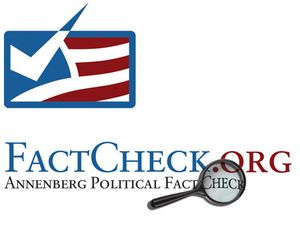 At his rally in Tulsa on June 20, President Donald Trump asserted without evidence that $100 billion had been invested in opportunity zones under a federal program that provides tax incentives to encourage development in low-income neighborhoods.

That number is far higher than other estimates of the total, and Trump, his administration and his campaign have furnished no evidence to back up the claim. ...

[I]t’s way too early to determine the success of the program, and the pandemic has put things on hold. But one thing is clear: Trump has produced no evidence that $100 billion has been invested in opportunity zones and no support for his claim that it has created “countless jobs.”

FactCheck only seems to check one side

Note that Trump's own businesses and his son-in-law, both benefit from this free for all tax incentive for real estate developers. 'Opportunity zones' are not only low income neighborhoods but entire metro areas such as Portland Oregon. Check it out - sham tax incentive fbo Trump.

Governors (and the mayor of the District of Columbia) selected which areas in their states should be classified as Opportunity Zones. The law gave these governors a tool but many did waste it like Oregon's Kate Brown.

Mike: Politifact is worse. I've observed them arguing that things that literally happened, and were reported in the news, were "false" or "mostly false" when GOP (only) politicians pointed them out.