The Effect of U.S. Tax Reform On The Tax Burdens Of U.S. Domestic And Multinational Corporations

We quantify the net effect of recent U.S. tax reform on the tax rates of public U.S. corporations and find they decreased by 7.5 to 11.4 percentage points on average following tax reform. Further, we separately examine the effect of tax reform on purely domestic firms and multinational firms because some key provisions only affect multinational firms. We find both sets of firms benefited from tax reform, although domestics benefited the most. We also find the entirety of multinational tax savings stemmed from tax savings on their domestic operations, not as a result of more favorable taxation of international income. We also find no changes in the federal tax burden on foreign income for firms most likely to be subject to the new anti-abuse provisions. Overall, our findings suggest that despite the recent overhaul in international taxation, the federal tax burden on the foreign earnings of U.S. corporations appears to have been largely unaffected. 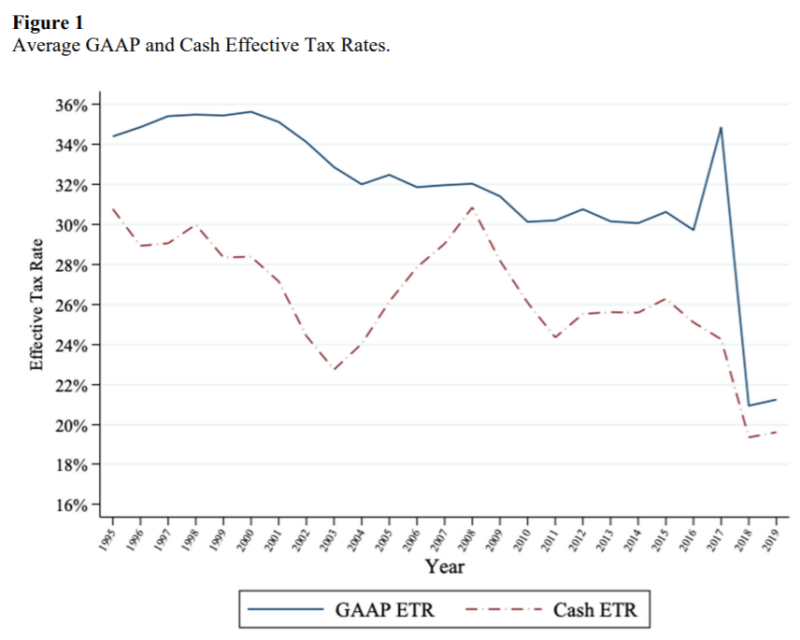 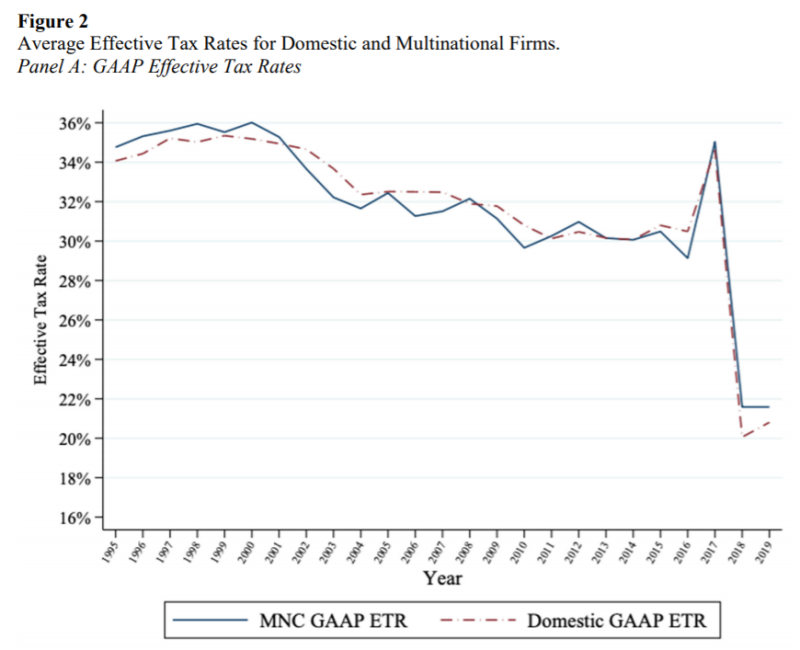 Wow, hold on a second, I got a little misty eyed there for a moment. A tax policy article. Talk about winds of the old days. No mention of wealth inequality. No BML. I love it.