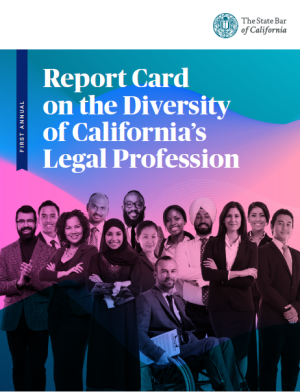 The state’s attorney population does not reflect its diversity.
Between 5,000 and 6,000 attorneys are admitted to the State Bar of California annually. The number of active licensed attorneys has nearly doubled since 1980, reaching over 190,000 as of December 2019.

Gender
Women comprise half of California’s adult population, but they account for only 42 percent of California attorneys. Slightly less than one percent of the attorney population identifies with more than one gender category. Comparable data for the statewide population is not available although a 2016 study found that .76 percent of adults in California identify as transgender. ...

The share of attorneys newly licensed by the State Bar who identifies as a woman and/or a person of color has increased substantially since 1970. The newest cohorts in the profession, represented by the dots in Figure 2, are far more diverse than those who have been in the profession for decades, with more than half identifying as women and nearly half identifying as people of color. 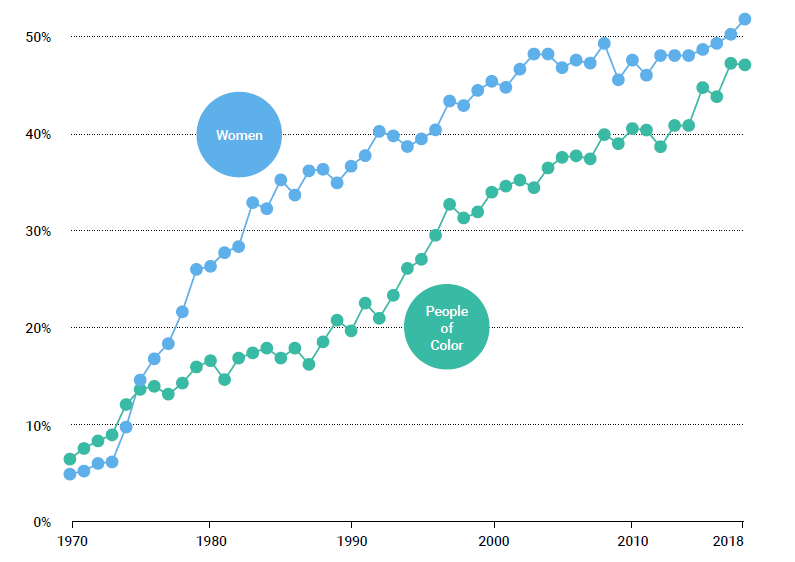