Rozema: Does The Bar Exam Protect The Public?

I study the effects of requiring lawyers to pass the bar exam on whether they are later publicly disciplined for misconduct. In the 1980s, four states began to require graduates from all law schools to pass the bar exam by abolishing what is known as a diploma privilege. My research design exploits these events to estimate the effect of the diploma privilege on the share of lawyers who receive public sanctions by state discipline bodies. Lawyers admitted on diploma privilege receive public sanctions at similar rates to lawyers admitted after passing a bar exam for the first decade of their careers, but small differences begin to emerge after a decade, and larger differences emerge after two decades. The estimates suggest that the diploma privilege increased the share of lawyers who received a public sanction within 25 years after bar admission from 4.5 percent to between 4.6 and 6.5 percent. 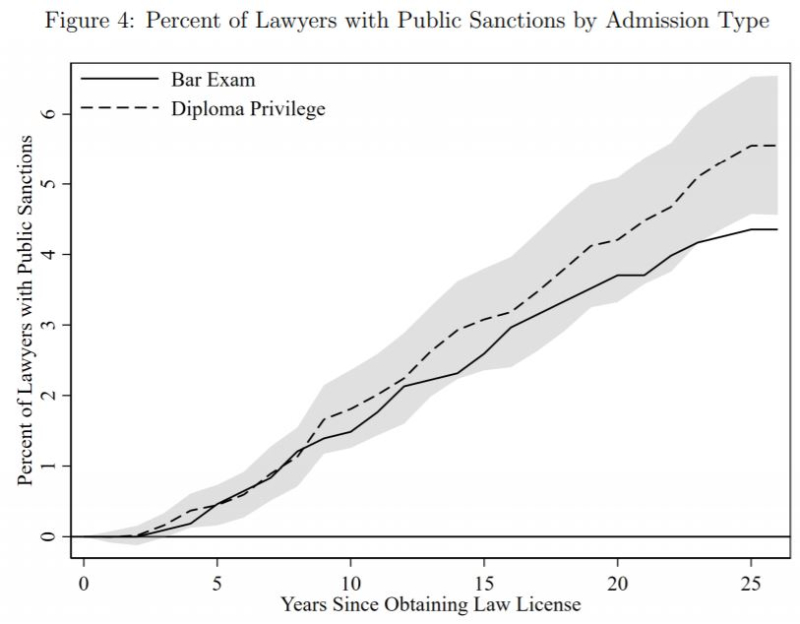 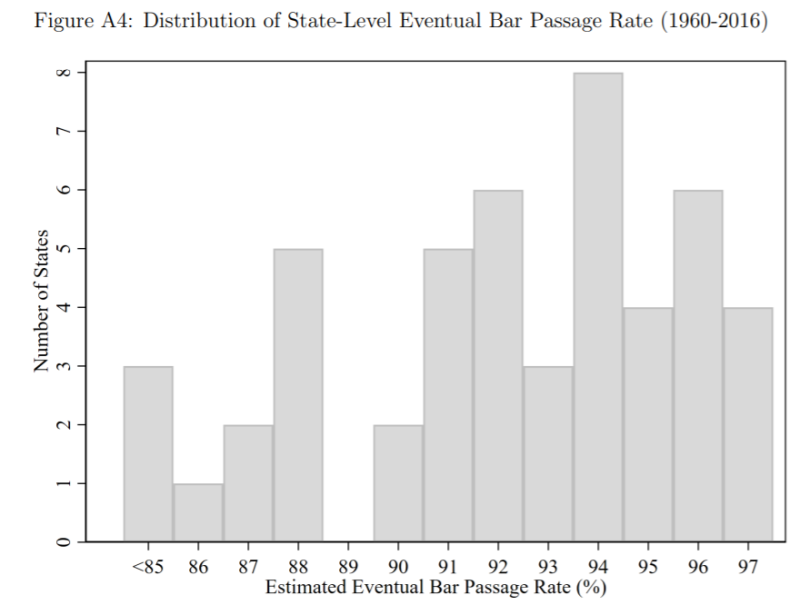 The "value" of law school has been celebrated as teaching students to "think like lawyers" by faculty who don't practice as lawyers. There is some added benefit from law school, but I suspect that much of that benefit disappears with online instruction.