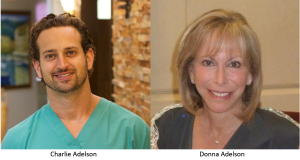 By [this] morning, more than [700] people had lent their signatures to the petition from Justice for Dan, a group advocating justice for Markel started by his friend, attorney and former law professor Jason Solomon.

The petition calls for charges to be brought against the family members of Markel’s ex-wife who prosecutors contend are the masterminds behind his July 2014 murder-for-hire. ...

“Charlie and Donna Adelson should be arrested, charged and tried as soon as possible to finally achieve some measure of justice for Markel and his family,” the petition says. “At a time of considerable attention to the racial inequities in our criminal justice system, the State Attorney’s Office can show that white, wealthy people are indeed held to account.”

This case raises so many questions — legal and political alike:

Yeah, it's a coincidence- if they flipped they'd get great deals tomorrow. where's the racism in that? no one made them participate in a murder.

Who wrote this, a ninth grader?

"This case raises so many questions — legal and political alike:

Is it a coincidence that the three arrested parties are all poor people of color, while the Adelsons are wealthy, white, and politically connected?
How can the state use a common set of facts to make a case against two hitmen — and win! — without even trying to make a case against the people who hired them?
Should prosecutors avoid charging suspects unless guaranteed a conviction at jury?"

Standard conspiracy case strategy to wait for the flip

Kudos to these petiton signers for taking a stand. Campbell should make the arrests (ex wife included), and give it all they have, and let the cards fall where they may