The decade from 2010 to 2019 has been a challenging decade in terms of enrollment in law schools.  I have written previously here and here about the changing composition of the cohort of matriculants at ABA-accredited law schools.  This blog post updates the analysis of enrollment trends to look at how the composition of the entering class of matriculants based on LSAT scores evolved between 2010 and 2019. 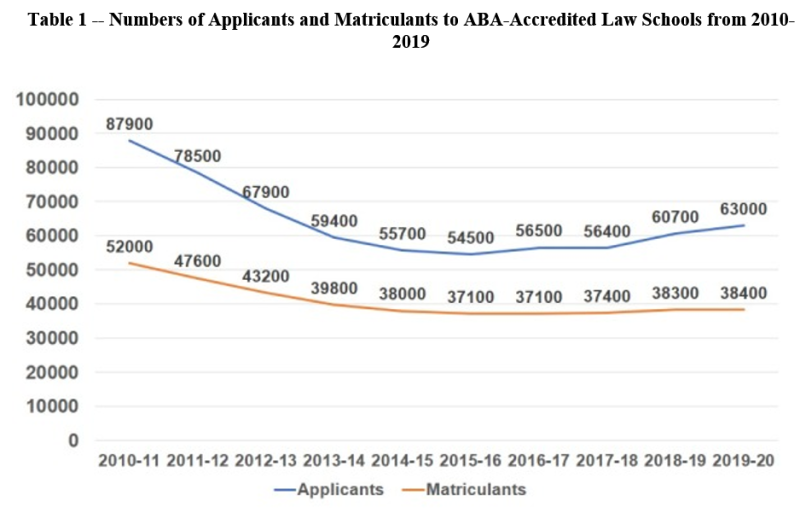 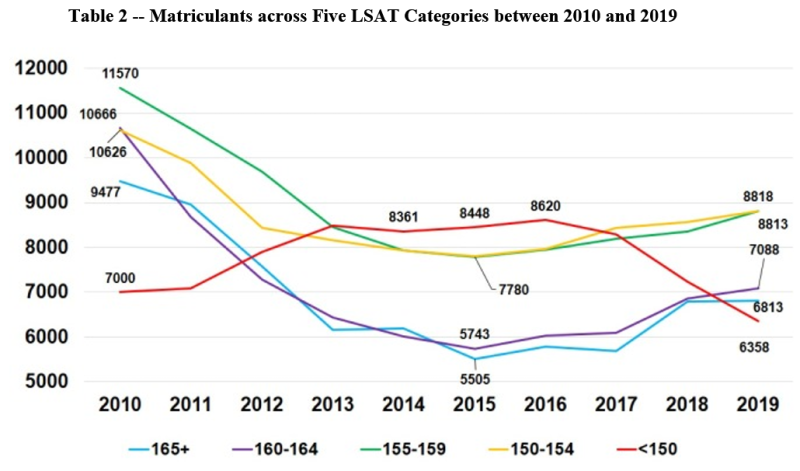 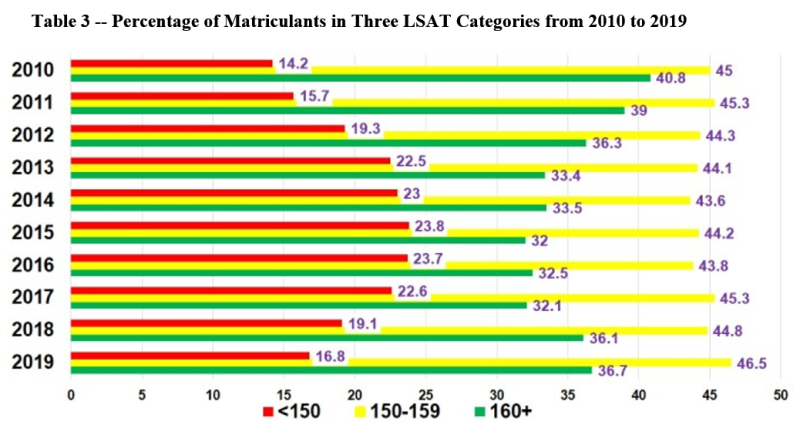 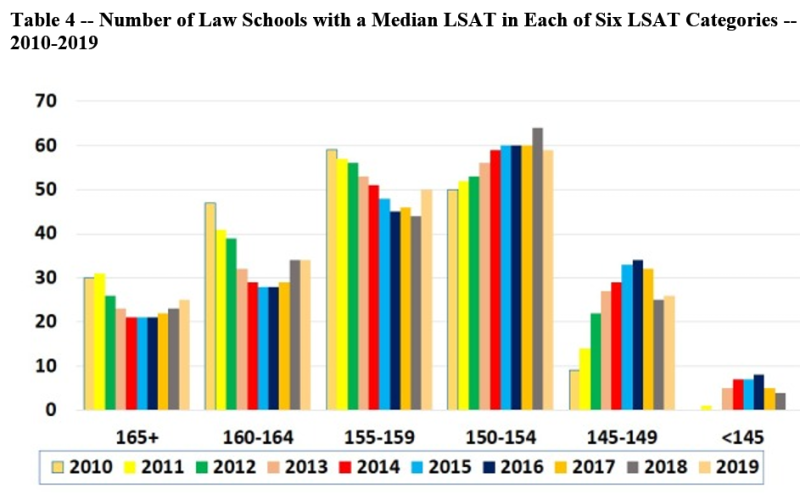 While the bar results this year will be impossible to compare with prior years because of the varied approaches to the bar exam across multiple jurisdictions, these data suggest that bar passage results in 2021 and beyond should be better than they have been in recent years because the cohort of graduates is getting stronger based on entering class LSAT profiles in 2018 and 2019 and 2020.