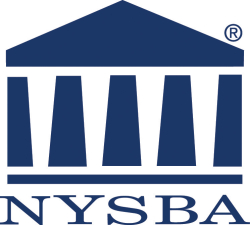 On July 16, 2020, the Board of Law Examiners made the difficult decision to cancel the September 9-10 administration of the bar examination in New York. The Board arrived at this decision after careful consideration of current conditions and with a singular focus on the health and safety of all participants. Unfortunately, the global pandemic presents a persisting threat in a growing number of states and therefore, at this juncture, an in-person exam is not yet a safe or practical option in New York.

The Court of Appeals commends the members of Board of Law Examiners, ably lead by Diane Bosse, for their tireless efforts to administer the bar exam under these difficult circumstances and for their considered decision to suspend the September exam. The Court is also appreciative of the input and cooperation of the Deans of New York’s fifteen law schools, who generously offered their facilities in order to make possible the Board’s redesigned exam administration.

Because suspension of the September exam has always been a real possibility, the Court has proceeded on dual tracks: working towards a safe administration of the exam while simultaneously developing contingencies to ameliorate the effects of further postponement. As previously announced, the Chief Judge has approved a program designed to provide temporary authorization for qualified law graduates to engage in the supervised practice of law. To formally implement the program, the Court has amended its rules, effective July 22. As provided in the Court’s amended rules, the temporary authorization program is available to all first-time takers of the bar examination employed in New York, including both J.D. and LL.M. candidates, irrespective of their graduation year. Once authorized, eligible candidates will be permitted to work under a qualified supervising attorney prior to their admission to the bar and to perform, subject to supervision, many of the functions of admitted attorneys across the State. Candidates may remain in the program through their formal admission to the bar, so long as candidates pass their first bar examination no later than 2021 and promptly seek admission to the bar following the release of exam results. The Court's order can be accessed here

A standardized and streamlined application process has been developed to enable candidates to swiftly secure temporary authorization to practice. Qualified candidates may apply for authorization through the department of the Appellate Division in which they expect to be certified for admission by the New York State Board of Law Examiners. Application forms and related information can be found on each Department’s website. The Appellate Division will begin processing applications on July 22, when the Court’s amended rules take effect.

In addition, the Chief Judge has assembled a Working Group, to be chaired by retired Court of Appeals Judge Howard A. Levine, to study the future of the bar exam in New York. The Working Group has been tasked with evaluating, in a comprehensive manner, the primary assessment tool for New York bar applicants (presently, the Uniform Bar Examination) as well as other proposed metrics for bar admission – including a fully remote bar exam and a diploma privilege, among other alternatives. Relevant considerations will include health and safety, feasibility, equality, security, and the reliability of each proposed alternative as an accurate measure of an applicant’s proficiency. As its first priority, the Working Group will evaluate the emergency remote testing option to be offered by the NCBE on October 5-6 and endeavor to reach a recommendation by early August. This important work will explore innovative methods of adapting our professional licensure process in a responsible manner as we emerge from the most acute stages of this crisis.