Hamilton At Pepperdine And On Disney+ 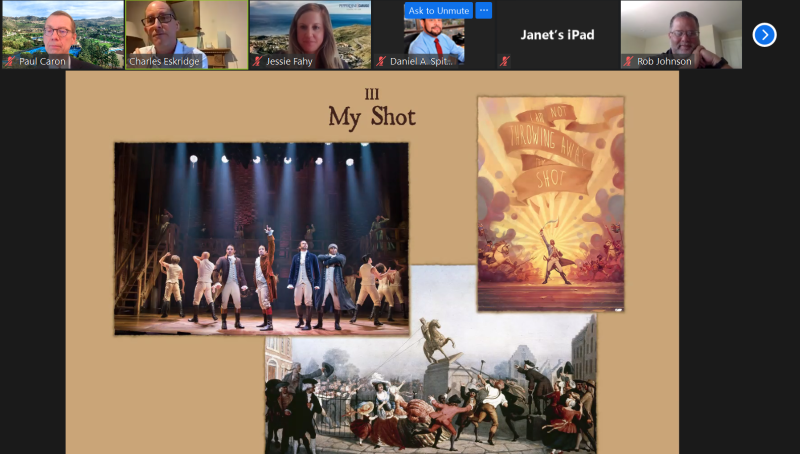 To celebrate today's release of Hamilton on Disney+, Pepperdine Caruso Law hosted a zoom webinar with Federal District Judge Charles Eskridge ('90) on the historical context of all 46 songs in the musical. Charles previously gave the talk to a full house in 2018 at Pepperdine Caruso Law, and over 75 alums and students joined us online for the reprise on Wednesday.