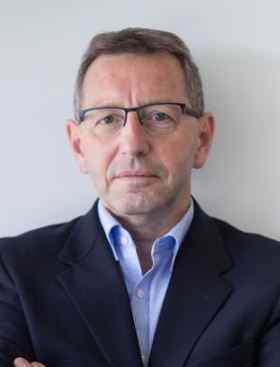 The OECD’s “Global Anti-Base Erosion” (GloBE) proposal was formally introduced in January 2019 as part of a consultation on “Addressing the Tax Challenges of the Digitalisation of the Economy” (OECD, 2019a). It is currently being considered by the members of the Inclusive Framework, who are commited to reach an agreement on a consensus-based solution by the end of 2020 (OECD, 2020). While the proposal arose in the context of the debate about taxing digital businesses, it clearly has broader ambitions and, indeed, a broader scope – it targets the system for taxing business profit in an international tax setting as a whole.

There appears to be a tension at the heart of the proposal stemming from a divergence between the two primary objectives that have been set. The main objective appears to be that of curbing profit shifting. In this sense, GloBE can be seen as a continuation of the BEPS project. A second objective is to address tax competition. This goes considerably further than BEPS and aims to effectively limit the extent to which countries might reduce their tax rates to attract real investment and activity. Critically, whether the first objective, or both, are pursued should significantly affect the design of the proposal. At the time of writing, it appears that this tension has not yet been resolved. The extent to which this second rationale is pursued in the final proposal is thus still to be seen.

Profit shifting and tax competition undermine the existing system and give rise to questions about its long-term viability. The GloBE proposal, together with the OECD’s Pillar 1 proposal, is the most recent, and most far-reaching, attempt to patch up the ailing existing system. But reform of such potential magnitude requires very careful consideration. It should be scrutinised from a policy perspective and empirical evidence on its potential effect should be sought. This is critical if the members of the Inclusive Framework are to take an informed decision on the proposal.

This paper seeks to inform the debate on the GloBE along these lines. Part II undertakes a policy analysis of the GloBE. It first examines the objectives set for the proposal and the guiding principles that underpin it. It then considers whether the proposal can meet these objectives and whether alternative proposals can do so more successfully. The GloBE proposal consists of two limbs, an income inclusion rule and a tax on base eroding payments. Part III examines the revenue impact of the income inclusion rule. A number of different datasets are combined to estimate the impact on tax revenues of the introduction of the income inclusion rule, assuming that the proposal is adopted universally. Part IV turns to the behavioural response to the proposal. Three types of behaviour of multinational companies are examined: the location of real economic activity, the scale of real economic activity, conditional on location, and the extent of profit shifting. Part V compares the results reached in Parts III and IV with those recently produced by the OECD. This comparison is brief and limited because the OECD thus far published its results, but not the work which produced them. Part VI concludes.