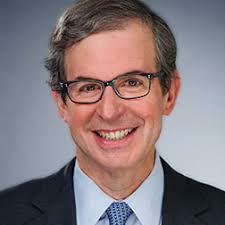 The Paul, Weiss community mourns the loss of our beloved friend and partner, David Sicular, who passed away on July 17, 2020 — his 63rd birthday. There are no words to describe the pain that we are experiencing after his tragic and unexpected passing.

A Harvard College (’78) and Harvard Law School (’83) graduate, David joined Paul, Weiss as a summer associate in 1982 and was a partner for 25 years. A revered practitioner and a fixture of our Tax Department, David will be greatly missed by all who had the good fortune to know him — including his clients, several of whom have relied on his counsel for decades.

David is celebrated for his brilliance, his zeal for his practice and his uncanny ability to solve his clients’ most complex problems. He is also remembered for his kindness and his dedication to and love for his family. Upon learning of his passing, scores of clients and legal and business leaders across the nation reached out to offer their condolences along with professional and personal tributes to David.

David’s roots in the firm run deep, and the list of key clients who looked to him for judgment and guidance is long. Many of us reflect on David’s encyclopedic knowledge of tax law; even when David was an associate, senior partners would consult him on their most complex and challenging matters. He was truly a tax lawyer’s tax lawyer, consistently brilliant and thorough. His commercial, pragmatic, solutions-oriented approach was a hallmark of his practice; he came up with innovative client solutions – not just technical solutions, but creative ideas that worked in the real world.

David was deeply respected and admired as a leader in the tax bar. He was committed to improving and rationalizing tax laws and regulations, having served in various leadership roles on the executive committee of the New York State Bar Association’s Tax Section, including as its chair in 2015. The executive committee, which oversees the section’s 2,400 members and 24 committees, requires an enormous commitment from its members and plays an influential advisory role to the Treasury and the IRS, as well as to New York tax authorities. During David’s tenure as chair, the section submitted 22 reports on a wide variety of important tax issues

In additional to marveling at David’s prolific career, we also join together in extending our heartfelt condolences to David’s wife Lilian, and his children, Sarah, Avery and Jonathan. Partners, friends and colleagues also recall David’s many acts of kindness, his ready smile, and his absolute devotion to his family; when David spoke about them, he would just light up. He was so proud of them.

In addition, David was deeply involved in charitable and community service, particularly on behalf of autistic children. David helped to found a school for autistic children in Westchester County in 1998: Devereux Millwood Learning Center, now known as Devereux Cares. David was also very involved in a New York State advisory board for the school for a number of years, as well as in other philanthropic efforts dedicated to helping children with autism achieve their potential.

David packed so much life into his 63 years, but he left us far too soon and had so much more to accomplish and to live for.