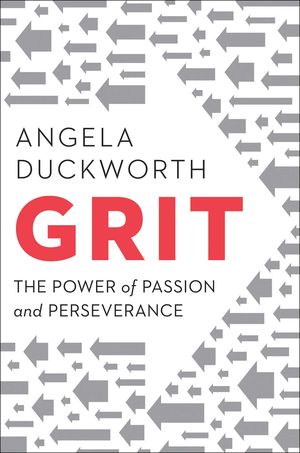 What characteristics reliably predict success? Why is it that some individuals accomplish more than others of equal intelligence? Why do some make the most of their abilities while others barely tap into their potential? In examining these questions, psychologist Angela Duckworth discovered that grit was the one characteristic all highly successful individuals had in common.

Grit, defined as “passion and perseverance for the long-term goal,” has proven to reliably predict success in a variety of domains. In the educational setting, specifically, grit has emerged as a strong predictor for student success at both the secondary and undergraduate levels. Yet, despite the research showing a positive relationship between grit and academic achievement, grit remains virtually unexamined in the context of legal education.

After exploring how grit can grow, the Article suggests that one effective way for nurturing grit in law students is to help students develop the capacity to engage in deliberate practice. Deliberate practice, described as “the most powerful and effective way to improve one’s abilities” in every area studied, has been shown to also help grit grow.2By incorporating the principles of deliberate practice into the first-year law school curriculum, law schools can therefore help cultivate grit in students, in the hope that the grittier our students are, the more likely they will be to succeed in law school and beyond.

And yet it is MM who seems triggered with his weird little rant. Projection; how does it work?

UT: "the real evil is acknowledging mental health issues and maybe trying to ameliorate them"

Leftism is a mental disorder perfected in college these days.

In an academy and profession well-known for quintupling its depression rate from matriculation to graduation and practice, the real evil is acknowledging mental health issues and maybe trying to ameliorate them. Good job, John.

Yes, “cultivating grit in law students” is probably important, and may well improve their changes for success, but in all too many situations, we seem to be doing just the opposite.

* Long after the presidential election was over, UC Hastings Law School felt the need to provide a “Chill Zone” in its library where delicate law students can “relax, meditate, do yoga, take a quick nap to reenergize.” To help them cope with stress, the room is filled with nap pads, bean bag chairs, and yoga mats.

* Another law schools went even further, providing an “embedded psychologist” in a room full of bubbles and play dough.

* At Harvard Law School, a feminist law professor was told not to use the word “violated” - even in a sentence like “the statute violated the constitution” - because it might upset some law students, all of whom are over 21 and one day may well have to prosecute and/or defend rapists.

* Indeed, according to some reports, many professors - even female ones - now decline to teach the law related to rape in their criminal law courses because students are supposedly too sensitive.

* As feminist Harvard Law Professor Jeannie Suk put it, this "perverse and unintended side effect of the intense public attention given to sexual violence in recent years" is a "tremendous loss - above all to victims of sexual assault."

It also seems that we are encouraging our students to be irresponsible and gullible, as well as to be unable to think clearly for themselves.

For example, students at my university recently signed a petition to ban the white-light male figure used on illuminated crosswalk signs because they feel oppressed by it. See, e.g.,
PC Madness at GWU - Ban Stick Figure Crosswalk "White Man"
https://bit.ly/2KJuzaL

From its very founding, our country has depended upon brave lawyers willing to stand up to angry and sometimes corrupt judges and political figures, enormous public pressures, and even threats to their livelihoods and lives, to defend invaluable constitutional and other legal rights, and sometimes to establish new ones in the face of overwhelming public pressure.

So what would attorney Patrick Henry, who famously said "Give me liberty, or give me death!,” say if he heard law students now demanding “Give me bubbles and play dough so I can cope!”