Following up on my previous post, California To Give Online Bar Exam On Oct. 5-6, Permanently Lower Cut Score, Provide Provisional Licensure For Class Of 2020 Grads: 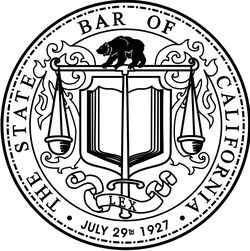 Re: Retroactive Application of 139 Cut Score

As deans of California law schools, the undersigned very much appreciate this Court’s letter of July 16, 2020. We applaud your choice to forego the in-person exam in the midst of a pandemic, to create provisional licenses, and to lower the bar pass score from 144 to 139. We believe this helps meet the Court’s dual goals of fair and equal treatment of law school graduates and the protection of members of the public that utilize the services of practicing lawyers.

We write now to respectfully request that the Court allow bar admission to, at a minimum, those February 2020 exam-takers who scored between 139 and 144 on that exam. There are several reasons, both logical and practical, for this request.

First, we all know of students who achieved a score above 139 and below 144 in February, some of whom had done so for the second time. These students have, but for the moment in 2020 when they took the exam, achieved a high enough score for admission. Yet these students are being double-penalized, both by the score not applying to the February exam and by the fact that they, and only they, will have achieved that now-passing score and yet must wait several additional months beyond the usual timing of the regularly scheduled exam for a new exam and that exam’s results.

For these students, the near miss is surely demoralizing enough. When coupled by the extended period between exams, the uncertainty of how an on-line exam will work, and the foreshortened time between the October results and the possibility of having to take the exam yet again in February 2021, this is likely to be exceptionally demoralizing. Although these uncertainties are true for all current candidates, the Class of 2020 has the option of choosing provisional licensing in lieu of taking the October exam, or of benefitting from provisional licensing even if they are not successful at passing October’s exam. This is not the case for those graduating prior to 2020. Hence, the group of exam takers from earlier classes who scored above 139 on the February exam are in a truly precarious position. They did well enough on the most recent exam administration to be considered eligible to practice law by the recently announced standard, but must now maneuver the profound uncertainties swirling around the October exam, and must also do so without the provisional licensing opportunity.

Second, we understand why the Court has avoided granting diploma-privilege admission, citing among other things the wide variety of California law-school licensure. However, with respect to those scoring above the new cut score on the last given exam, licensure concerns are not an issue. They have already shown themselves to have achieved a score that meets California’s new standard, and to have done so very recently. And, like the Class of 2020, they too have undoubtedly had their prospects and opportunities impacted by this global pandemic.

Third, while we don’t have complete statistics, it is reasonable to suspect that the timing of the change in the “cut score” likely affected minorities – people of color – in greater proportion. We are engaged in a collaborative effort to improve the diversity of our bar members while maintaining the high quality of lawyering the Court rightly insists on. This effort would likely be enhanced by making the cut score change retroactive to the last administration. In addition, we know that this pandemic is having disproportionate effects on communities of color as well as disparate socioeconomic effects. It is therefore reasonable to believe that a number of those taking the bar exam again in October, including many candidates of color, have been disproportionately impacted by the pandemic and its effects. The costs for these graduates of having to take the bar yet again in the midst of this exceptionally challenging moment are clear; what genuine benefit to the public is achieved from putting them through that process, given that they received a score of 139 or better just a few months ago?

Finally, while the Court has already stated that the cut-score change will be applied prospectively, the letter does not rule out retroactive application. While we would welcome the possibility of broader retroactivity, we do think there is something distinctive about the February 2020 exam, such that including these bar-takers might not necessarily even be appropriately framed as retroactive, in the following sense: the February 2020 exam, and its exceptionally low passage rate and that rate’s dramatic impact on minority candidates, likely contributed to some degree to the Court’s recent decision to adjust the cut score. If this were a litigation case rather than an administrative issue, the decision of the Court would apply to that “case,” though not cases decided previously. Here, the Court could apply the adjusted passing score to the February exam that played a role in inspiring the Court to lower the score without generally opening up the issue of wide retroactivity.

We believe that making the cut score retroactive in, at a minimum, this limited way fulfills the Court's goal of seeking to be fair to those recent graduates who have been adversely impacted by the uncertainties arising from the pandemic. For all of these reasons, we strongly encourage the Court to consider the possibility of applying the 139-passing score to the February 2020 bar exam. We would be happy to provide any further information that might be helpful.

Margaret A. Dalton
Interim Dean and Professor of Law
University of San Diego School of Law

Michael Hunter Schwartz
Dean and Professor of Law
University of the Pacific, McGeorge School of Law

Quote: We believe this helps meet the Court’s dual goals of fair and equal treatment of law school graduates and the protection of members of the public that utilize the services of practicing lawyers.

I also fail to see how "members of the public" will be better protected by lowering the standards for lawyers. Would we think the same for the licensing of physicians or commercial airline pilots? I think not.