ABA Profile Of The Legal Profession

ABA Profile of the Legal Profession: 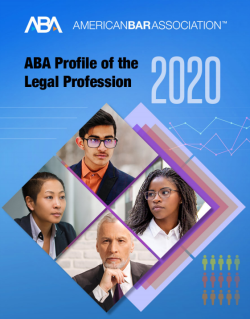 The nation and the legal profession are rapidly changing. The pandemic and recession have resulted in layoffs, furloughs and pay cuts. In this atmosphere, we set out to compile the latest statistics in the legal profession – knowing they may be quite different a year from now.

This is a snapshot of the profession at a fragile moment: July 2020. It includes numbers and trends on demographics, law schools, the judiciary, technology, pro bono work, attorney discipline, lawyer well-being and more.

Two new sections were created specifically for the 2020 Profile: 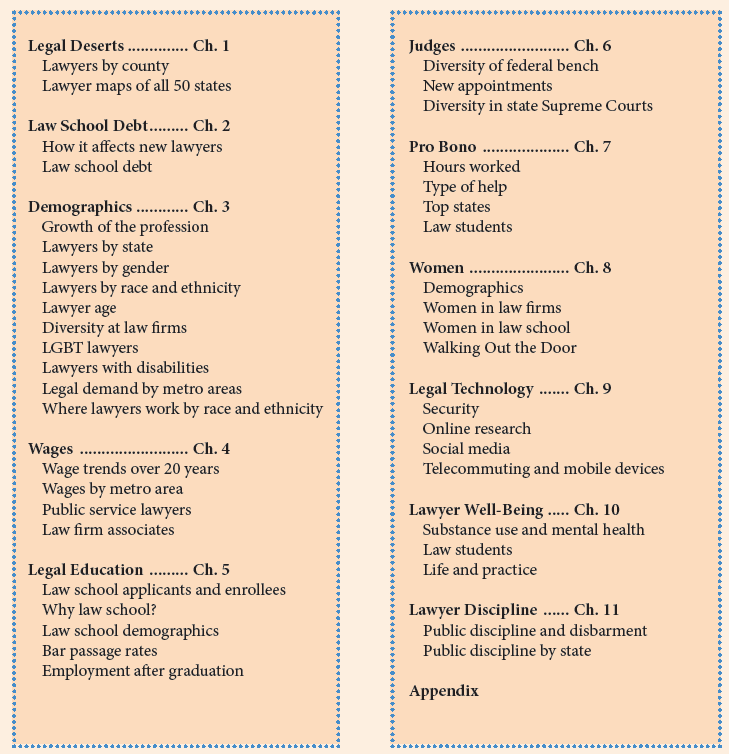 From the report: "Many new lawyers are postponing major life decisions like marriage, having children and buying houses – or rejecting them outright -- because they are carrying heavy student loan debts. That’s the conclusion of a new survey by the ABA
Young Lawyers Division and the ABA Media Relations and Strategic Communications Division. The survey of nearly 1,100 new lawyers – most of them young people, but also many over the age of 40 – shows that student loan debt is forcing the newest generation of lawyers to make major financial, personal and career sacrifices. The poll was conducted online from March 1 to March 31, 2020, among members of the ABA Young Lawyers Division and other relatively new lawyers. It was completed by 1,084 lawyers, including some who have recently graduated from law school and are not yet licensed to practice. The median age of those who completed the survey was 32, most were women (60%) and more than half were in private practice (58%).

So much for that law school premium. Then again it didn't dip its toes into Great Recession-era outcomes further than incorporating, IIRC, eight (8) members of the Class of 2008 in its analysis. Turns out structural change is structural.

Also from the report in question:

"Over the past 20 years, from 1999 to 2019, lawyer salaries increased faster than the rate of inflation. Lawyer salaries rose 61% while the inflation rate was 53%."

"Note: BLS statistics cover wages for all lawyers but do not include profits for law firm partners and shareholders."

Yeah, everybody should be really broken up about your profession. You know, the most productive and dynamic driver of innovation and private sectory growth... the legal profession.