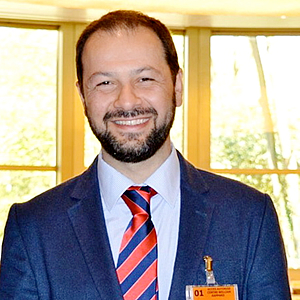 The term ‘human factors’ covers extra-legal, social, psychological, institutional and organisational aspects affecting the behaviour of tax payers and the enforcement of tax laws, including the fight against tax crime by competent authorities. While legal analysis can proceed along abstract criteria, considering consistency, coherence, clarity of legal regulations, research on human factors has to look at empirical evidence of real-world behavior of citizens as tax payers. When investigating tax crimes, the problem is, that no reliable data exist about tax evasion, tax fraud or asset recovery from such crimes. Most research on tax payers’ behavior uses models of individuals as utility-maximising rational actor as developed in economic theory. Hypotheses derived from these models are then either tested in psychological experiments or used to interpret whatever evidence about tax compliance and tax evasion are available. Two principal approaches can be distinguished in research on tax evasion and compliance focusing on deterrence and motivation respectively.

High level of compliant behavior will be achieved when the risk for detection and the fines for tax
evasion are high, so tax payers choose compliance to avoid sanctions. Alternatively, it can be argued that compliance depends on positive motivational factors, i.e. citizens will pay their taxes when they trust the government and perceive of the political and taxation regime as legitimate, transparent and just. Both of these approaches have been combined and integrated in the so-called slippery slope model. While from a theoretical perspective it is difficult to distinguish between victims and perpetrators of tax crime, since tax payers are at the same time beneficiaries of public goods and services paid for by tax money, in public and political discourse the focus is often on spectacular cases of tax fraud by corporations or high net-worth individuals, revealed by investigative journalists and scandalized in media reports.

Policy responses to tax evasion have to consider the complex interplay of different kinds of human factors and the social and political dynamic of collective attitudes towards norm-breaking behaviur. This interplay can be captured in a heuristic model of the tax game, that maps the multiple relations between policymakers, tax authorities, professional service providers and citizens as tax payers. Analysing the role of human factors for social acceptability of tax policies requires a consideration of the processes of policy development and of the underlying assumptions and implicit theories of the state and society. It can be shown that lobbying groups have a significant impact in the processes of policy design. Informal networks linking law-makers, think tanks and lobbyists shape policy solutions in the area of tax regulations. Complex policy initiatives and reforms are presented as feasible solutions in accordance with the dominant overall political-ideological framework, perceiving of taxation as an intervention to market processes that has to be kept at a minimum. Deconstructing the underlying assumptions or implicit theories of state, society and taxation requires a re-focusing and broadening of research and discussion about issues of social justice, public budgets and the sharing of collective burdens and wealth. A better understanding of the role of informal networks and practices shaping the enforcement of tax laws can help to achieve more in-depth insights into the dynamic and predicament of law enforcement in the fight against tax crimes.