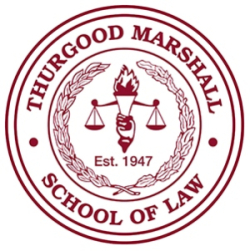 An external review of admissions irregularities at Texas Southern University found that the school awarded more than $2 million in scholarships to students who did not meet its academic admissions criteria from fall 2017 through 2019, according to an executive summary released Thursday.

A significant number of freshman students — 4,141 of 8,273 — were also admitted despite not meeting academic requirements and were instead accepted “based upon a variety of undocumented scenarios" during those years. The university enrolls about 10,000 students, with a freshman class of around 2,000. Many of the underqualified students are no longer enrolled at Texas Southern, the summary says.

The full report, also reviewed by The Texas Tribune, says an anonymous complaint was sent to the Texas Higher Education Coordinating Board in November 2018, alleging that the university, one of the country’s largest historically black colleges, “tried to increase enrollment by encouraging staff to admit all candidates, regardless of whether the candidate met the university's academic admissions criteria.” ... The document caps a tumultuous year at Texas Southern, as officials contended with allegations of bribery and improprieties in its law school's admissions process that were first disclosed in November.

Former President Austin Lane and a top deputy — who was responsible for enrollment management services between 2017 and 2018, the report says — were ousted earlier this year. ...

Internal audits from the university, obtained by The Texas Tribune and other news outlets over the past few months, contain detailed allegations of bribery and other irregularities in the law school’s admissions.

Among them: that cashier’s checks and money orders totaling more than $13,400 were found stashed under an admission official's desk calendar and that students with “character and fitness issues” or incomplete admissions files were attending orientation or classes at the law school. ...