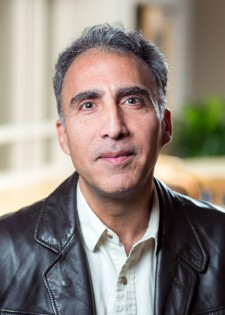 White guilt, from central Minneapolis to both coasts, serves as convenient cover.  The high-minded statements that come out of Minnesota's law schools, for example, are part of a big con, pervasive in other states and in other departments.

Our academics pontificate about white privilege, systemic racism, police brutality, sentencing disparities, affirmative action, and reparations.  They buzz with words, using self-righteous rhetoric to distract critics from something easy, a specific act, that would immediately reform law schools.  If we really believe that the "rule of law" promotes democracy, we should all support a remedy that could quickly improve on the American experiment.

It may take a rebel or a spy to blow down the castle's walls.  Going local in Minnesota, I say the tired liberals should be pushed, even forced, to resign their positions — now.  Let's not wait for them all to retire or die.   Clear them out for African-Americans to be hired in their spots.  End the privilege of hypocrisy.

Research the issue on your own.  Start with supposedly liberal Minnesota.  The internet, as much as cell phone cameras, provides easy accountability.  Click the links for faculty pages at the law schools of Mitchell Hamline, Minnesota, and St. Thomas.  Count the full-time faculty.  (There are over 140.)  Count the black persons.  (I see no more than five.)  Do the math.  Blacks, thirteen percent of our population, are way underrepresented.  Exclude me.  Sure, I'm darker than some African-Americans, but my brown face doesn't count on either side of the white-black divide that festers here. ...

My colleagues, trying to hoist me on my own petard, might save the personal for last.  Why don't I resign first?  Well, you see, I'm more endangered than the white liberal.  How many do you suppose voted for Trump in 2016?  I did, in large part to annoy them by being able to say I did.  My identity group — obnoxious,  heterosexual, balding Iranian-Americans — is certainly underrepresented.  Even so, as soon as I learn that nine great white saviors have resigned their positions, I will give mine up, no more questions asked.

MM: It's incumbent upon white conservatives to give up their positions of privilege, as well as their personal wealth, to address racial disparities in America.

Just white conservatives, because they're the ones who deny there's system racism in America.

Steve: "Not appropriate to reprint material from a far right blog that engages in racism and conspiracy theories."

Replace "right" with "left" in your comment and you've described the new and improved New York Times, which obviously shouldn't be linked to anymore, using that same standard.

Not appropriate to reprint material from a far right blog that engages in racism and conspiracy theories.

This is really the moment for every mediocrity to shine, isn’t it?

He's absolutely right. It's incumbent upon white liberals and progressives to give up their positions of privilege, as well as their personal wealth, to address racial disparities in America.

Just them, though, because they're the ones that believe being white is the problem.

You can’t make racial divisions go away when you make decisions based on race, including quota based judgments. MLK well knew this when he dreamed of a nation when men are judged by the content of their character and not the color of their skin. Removing white persons from their jobs, by law or shame or pressure, or by preferences against them in hiring, is just another form of racism no matter what good motives are claimed and heals nothing. At a time where institutional barriers to opportunity have decreased 100 fold for minorities in my lifetime, oppressing another ethnic group under the banner of racial justice is as morally wrong as Jim Crow, and will only fuel continued divisions as whites feel they are not playing on a level field and minorities keep count of quotas and feel lessened by paternalism and everyone is forever judged for their ethnicity and not for who they are. They are many ways to help the less fortunate that are color blind, and these are far superior to solutions based on ethnicity.

White professors should be pushed into resigning. They’ll dial back that marxism in a hurry once their idiocy impacts them.