National Town Hall Today On Race, Law, And The Gospel 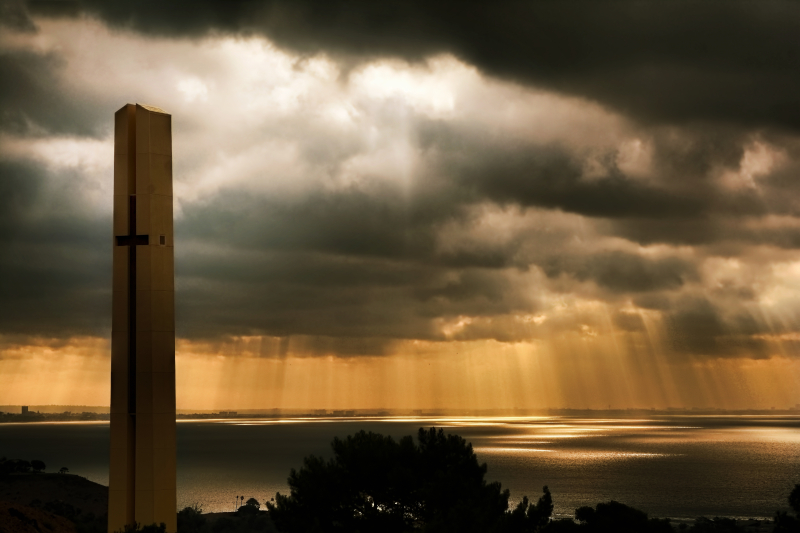 The Christian Legal Society is hosting a National Town Hall on Race, Law, and the Gospel today on Zoom at 1:00 ET (registration):

Our nation is in social turmoil, the likes of which we haven't seen in half a century. While trying to ride out a global pandemic, we are also witnessing crowds all over the country reacting in anger to egregious cases of police misconduct.

In response to killing of George Floyd, CLS issued the following statement:

We are sorrowful over the killing of George Floyd. Christian Legal Society believes in the sacred value of his life and all human life. We pray for justice, and we confess that something needs to change. We are committed to be part of that change, as much as we can, through our members and our ministries. We call upon the name of the Lord Jesus Christ for mercy, help, and healing for Minneapolis and the United States of America.

In light of that statement, and the command of Micah 6:8 to Act Justly, Love Mercy, and Walk Humbly with Our God, which instructs the CLS motto, Seeking Justice with the Love of God, we are holding a national townhall meeting.

We invite you to join CLS for a live national discussion on "Race, Law, and the Gospel." Four attorneys from different backgrounds will share their thoughts on critical issues involving race relations, legal injustice, and the criminal justice system, as well as their biblical perspectives on these issues.

Justin Giboney, Founder & President, AND Campaign.
Justin Giboney is an attorney and political strategist in Atlanta, Georgia. He has managed successful campaigns for elected officials in the state, as well as referendums relating to the city’s transportation and water infrastructure. In 2012 and 2016, Georgia’s 5th congressional district elected him as a delegate for the Democratic National Convention, and he served as the co-chair of Obama for America’s Gen44-Atlanta initiative. A former Vanderbilt University football player and law student, he served on the Urban League of Greater Atlanta Board of Directors. Mr. Giboney is author of the forthcoming book Compassion (&) Conviction: The AND Campaign's Guide to Faithful Civic Engagement (IVP).

Al Johnson, Executive Director, New Covenant Legal Services.
Al Johnson is currently the executive director of New Covenant Legal Services (“NCLS”), a faith-based ministry that provides legal services to individuals who are on fixed or low incomes. He has been with NCLS since 2016, when he concluded a 35-year career as a litigation attorney. After an eight-year stint as an assistant prosecuting attorney in St. Louis County, Mr. Johnson entered private practice in 1990, specializing in general civil litigation including commercial, personal injury, civil rights, police misconduct, and white-collar criminal cases. After over 70 jury trials, he reevaluated his career in 2013 and decided that the greatest satisfaction he achieved professionally was when he was able to help people who had experienced major injustices but could not afford legal counsel. That same year, with the encouragement of his pastor and several friends, Mr. Johnson founded NCLS, serving as its executive director on a part-time basis until 2016 when he went full-time. NCLS handles cases for individuals who are victims of various forms of civil injustice, including consumer fraud, landlord/tenant cases, civil rights violations, and expungements and other ex-offender services.

Heather Rice-Minus, Vice President of Government Affairs and Church Mobilization, Prison Fellowship.
At Prison Fellowship, the nation's largest Christian nonprofit serving prisoners, former prisoners, and their families, Heather Rice-Minus directs a team of grassroots and federal policy staff to advance campaigns on criminal justice issues and promote restorative justice solutions. Ms. Rice-Minus has contributed to stories about criminal justice reform in outlets including Christianity Today, Slate, CBN News, the Marshall Project, PBS' Religion & Ethics Newsweekly, and WORLD Magazine. A valued shaper of the criminal justice reform debate because of her wide-ranging policy expertise, Ms. Rice-Minus maintains a vested interest in justice reform as someone who has both been a victim of crime and walked alongside a family member during his incarceration. She is a graduate of Colorado State University and George Mason University’s Antonin Scalia Law School

Ken Liu joined the Christian Legal Society as Director of Christian Legal Aid in 2014. He is passionate about helping to start and grow Christian Legal Aid programs around the country. Ken has served with Good Samaritan Advocates (GSA), a Christian Legal Aid program in suburban Washington, D.C. in multiple capacities as volunteer attorney, board member, clinic co-director, and president.  Through his work with GSA, Ken is experienced in providing legal and spiritual counseling to low-income clients, and in many aspects of managing a legal aid program, including starting a program, recruiting and training volunteers, board governance, and fundraising.

Ken is also an attorney at Gammon & Grange, P.C, where he has practiced intellectual property and nonprofit law since 2001. He serves a broad range of nonprofits, churches, ministry organizations, and small businesses. Through his work there, Ken has extensive knowledge in the operational and legal aspects of nonprofit organizations and ministries.

Ken is a proud Wahoo from the University of Virginia and a graduate of Cornell Law School.  He lives with his wife and two boys in northern Virginia and worships at St. Mary’s Orthodox Church in Falls Church, VA.