Ford Foundation President: Are You Willing To Give Up Your Privilege?

New York Times op-ed: Are You Willing to Give Up Your Privilege?, by Darren Walker (President, Ford Foundation): 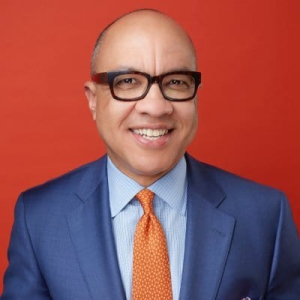 I have lived on both sides of American inequality. I began life in the bottom 1 percent but found my way to the top. And I know, all too personally, that the distance between the two never has been greater.

Last winter, at a black-tie gala — the kind of event where guests pay $100,000 for a table — I joined some of New York’s wealthiest philanthropists in an opulently decorated ballroom. I had the ominous sense that we were eating lobster on the Titanic. ...

No chief executive, investor or rich person wakes up in the morning, looks in the mirror, and says, “Today, I want to go out and create more inequality in America.” And yet, all too often, that is exactly what happens.

Even before the coronavirus, before the lockdowns, and before the murder of George Floyd — during the longest sustained economic expansion in American history — income inequality in America had reached staggering levels. Social mobility, the ability for a person to climb from poverty to security as I did, had all but disappeared.

This contributes to a hopelessness and cynicism that undermines our shared ideals and institutions, pits us against one another, and drives communities further apart. That’s why I am worried about our democracy, deeply and for the first time in my life.

I still believe in the American idea and in the values to which we have always aspired. Our nation’s generosity of spirit made my life’s journey possible. It was expressed through the public schools I attended, and government programs like Head Start and Pell grants that helped me, along with private philanthropy. Without them, I might have been ensnared in poverty or a structurally racist policing and criminal-justice system.

So I feel a profound obligation to state what has become clearer every day: If we are to keep the American dream alive, our democratic values flourishing, and our market system strong, then we must redesign and rebuild the engine that drives them.

Inequality in America was not born of the market’s invisible hand. It was not some unavoidable destiny. It was created by the hands and sustained effort of people who engineered benefits for themselves, to the detriment of everyone else. American inequality was decades in the making, one expensive lobbyist and policy change at a time. It will take a concerted effort to reverse all of this, and to remake America in the process. ...

The old playbook — giving back through philanthropy as a way of ameliorating the effects of inequality — cannot heal what ails our nation. It cannot address the root causes of this inequality — what the Rev. Dr. Martin Luther King Jr. called “the circumstances of economic injustice which make philanthropy necessary.”

Instead, those of us with power and privilege must grapple with a more profound question: What are we willing to give up?

If we, the beneficiaries of a system that perpetuates inequality, are trying to reform this system that favors us, we will have to give up something. Here are a few of the special privileges and benefits we should be willing to surrender: the intricate web of tax policies that bolster our wealth; the entrenched system in American colleges of legacy admissions, which gives a leg up to our children; and above all, the expectation that, because of our money, we are entitled to a place at the front of the line. ...

Without hope, American dreams deferred or denied will continue, as the poet Langston Hughes wrote, to explode. With hope, and through it, we can reimagine the dream and invite many millions more to share in its promise.

Let’s not simply scratch the surface. Are you willing to give up your employment? Salvation awaits all who enter the Holy Church of Diversity.

Also, there's a famous UC Berkeley (I think) research paper that concluded that social mobility c. 2015 was no different that it was back in the 1970s.

There’s nothing like the president of a huge organization talking about other people’s “privilege.”