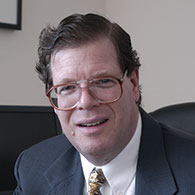 September 17, 1951 — June 28, 2020. Born in Washington, DC, he was the son of Sue and Ezra Lang. He graduated from the University of Pennsylvania Law School, Harvard College, and the Neshaminy High School in Langhorne, PA. He was a full-time faculty member of Chapman University School of Law since 2002. Prior to that he taught at several other law schools including the University of Maine where he served as associate dean and Professor of Law. Professor Lang was active in the American Bar Association Section of Taxation where he held several committee chair posts and served as moderator of many panels. He was the author of numerous books and articles on taxation. Michael was an avid reader, tennis player, environmental champion and foodie. He will be remembered for his wit, intelligence, and kind heart.

He is survived by his son Leonard Lang, daughter Julie Lang, and his brother, Jonathan Lang.A memorial service is planned for 2021 at Hillside Memorial park in Los Angeles, CA. Memorial donations in lieu of flowers may be made to any organization designed to protect the environment.

You may leave a message of condolence for Mike's family here.

The Fowler School of Law mourns the loss of Professor Mike Lang, who passed away due to complications from a stroke he suffered last week.

Professor Lang had a very successful legal career. He received his B.A. from Harvard University and his J.D. from the University of Pennsylvania Law School. Professor Lang practiced law at the national law firm of Morgan, Lewis & Bockius before entering the legal academy.

He taught at nine different law schools during his career, including nineteen years at the University of Maine School of Law (where he also served for a time as Associate Dean for Academic Affairs). Professor Lang joined the Chapman faculty in 2002 and was the founding director of the Fowler School of Law’s Tax LLM Program.

Professor Lang was also a very active scholar and a recognized expert in tax law. He authored several books and dozens of law review articles and other publications on various aspects of tax law. His law review articles appeared in journals such as the Utah Law Review, Tax Law Review, Virginia Tax Law Review, and Florida Tax Law Review. Professor Lang was also very involved in the legal profession through the American Bar Association’s Section on Taxation, including chairing its Committees on Teaching Taxation, Standards of Tax Practice, and Tax Practice Management. Professor Lang was also elected as a Fellow of the American College of Tax Counsel and was a former chair of the Association of American Law School’s Section on Post-Graduate Legal Education. He spoke nationally on ethical, disciplinary, malpractice, and other issues affecting tax lawyers and other tax practitioners.

Professor Lang will be sorely missed by his colleagues and students, and his passing is a tremendous loss for the Fowler School of Law and the legal academy.

He was always very kind to me, even before I had entered academia. I will miss seeing him at conferences. Thoughts with his family.

I'd like to incorporate Roberta's words here by reference. Mike mentored me in my "young lawyer" days in the ABA Tax Section and later again when I transitioned from practice to academia. He was not just a friendly face at ABA Tax Section meetings. He was the friendliest face. I will miss him.

Mike was a true mensch. Of course he could complain, about politics internal and external, but he was always optimistic. He had comprehensive knowledge about tax law, and in particular tax ethics. He was a wonderful dining companion, finding amazing restaurants in so many places. He was a true and loyal friend. He loved his family, particularly his kids. He was so proud of Leonard and Julie and of how they had faced their challenges. I will miss Mike so much. I can hear his goofy laugh in my head and I can't believe I won't hear it again in person. Rest in peace, Mike. I am better for having known you.

Mike is someone who I knew as a fellow tax academic and friend for most of our lives in academia. He was a good dedicated scholar and a wonderful friend. I shall miss him.

He was a decent person, that’s sad.