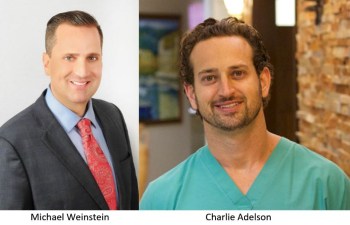 A young father was killed, and law enforcement knows how — and why.

Michael Weinstein, a lifelong friend and sometimes-lawyer of Charlie Adelson (suspected co-conspirator in the murder of Tallahassee law professor Dan Markel), announced last week that he is running for HD 81, the seat vacated by Rep. Tina Polsky.

Weinstein is the son of Peter Weinstein, a former chief judge and former state Senator, who also happens to be godfather to Wendi Adelson, Markel’s ex-wife.

Weinstein has appeared on “20/20” and other TV programs defending the Adelson family, saying that he was doing so not as their legal counsel, but as a friend. He would later appear to be listed as Charlie Adelson’s attorney in joint statements made by his family, denying their role in the 2014 murder of Markel.

He’s also represented Charlie Adelson in various minor infractions, such as driving 93 in a 45 zone. ...

Who else among Florida’s political and legal elite is connected to the Adelson family? Praising of them or worse, protecting them?

One curiosity relates to the mystery Tallahassee judge that matriarch Donna Adelson referenced to Charlie Adelson in a May 2016 call captured on a wiretap:

“ … she [Wendi] and the judge [her boss] are talking. He had some stuff to tell her yesterday because evidently, he knows the judge in Tallahassee and he was giving her some information from that [the murder case]. He’s been very nice to her.” ...

Who else among Florida’s political and legal elite is connected to the Adelson family? Praising of them or worse, protecting them? ...

The Markel case will likely bring additional arrests in the coming months, maybe even before the August primary or November election.

Matt, no joke! Did you see the analysis on the Justice for Dan site about Weinstein's response? He only served to confirm the worst, and then opens himself up to have to answer a whole lot more difficult questions.

If you lie down with dogs...lucky Florida... Charlie Adelson served as his groomsman even. Quick boolean search and this came right up. There truly are two criminal justice systems, IMO. This case is such a stark reminder of that.
https://www.wctv.tv/content/news/Charles-Adelsons-attorney-denies-all--385268091.html

OMG the response that the source website has now posted from Weinstein is hilarious. He starts out explaining how he must be ethical because (like 150,000 other lawyers in America) he has a Martindale Hubbell AV rating--oh, and he also has a Florida board certification. After saying nothing of substance about his involvement with Charlie Adelson, he concludes by claiming that "This case shows my ability to take on the toughest issues." Uh, ok, Michael....