Why Bill Cartwright, Not Michael Jordan, Was The Chicago Bulls' Most Valuable Leader 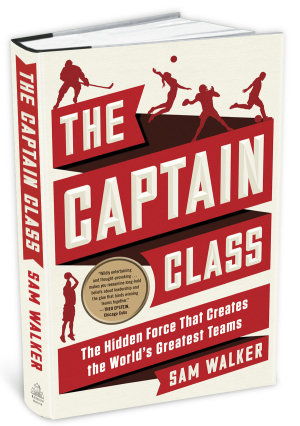 Eight episodes into The Last Dance, ESPN’s 10-part docuseries about the Chicago Bulls dynasty of the 1990s, the same old question continues to bedevil us.

Was Michael Jordan a brilliant leader, or a merciless tyrant?

In the time I’ve spent studying leaders, I have never succeeded at stuffing Michael Jeffrey Jordan into any categorical box. We’ve all worked with talented, demanding people. But very few of them were hypermagnetic global icons. The only other name that comes to mind is Steve Jobs.

It’s indisputable that both men possessed thermonuclear competitive drive and pushed their organizations to unprecedented success. And yet, was that because of or despite the fact that they scared the hell out of people?

“The Last Dance” is a Jordan-sanctioned production that occasionally sands down its protagonist’s rough edges. But it does a surprisingly thorough job of showing how punishingly high Jordan’s standards were and how he ridiculed anyone who failed to meet them. “He was a jerk,” former teammate Will Perdue said in the film. “He crossed the line numerous times.”

Both Jordan, and Steve Jobs, were staunchly unapologetic about this. “My job is not to be easy on people,” Apple’s co-founder once said. “My job is to make them better.” Or as Jordan put it: “Winning has a price. And leadership has a price. So, I pulled people along when they didn’t want to be pulled.” ...

The best way to evaluate Michael Jordan’s leadership is to travel back to Dec. 19, 1990: the day the Bulls decided to stop losing. At the time, nobody thought this ninth-place team was a contender. Jordan was in his seventh season under his fourth coach and had never been to the NBA Finals. The night before, he’d dropped 33 points on the Detroit Pistons, but none of his teammates cracked double figures. The Bulls lost by 21.

The following day, however, Chicago stopped playing like a one-man band. Five players, including Jordan, scored in double digits, kicking off a stretch of 12 wins over 13 games. By March, the Bulls had the best record in the NBA. They went on to win their first championship.

The only possible explanation for this turnabout I could find came from a brief item in the Chicago Tribune. “The Bulls have named center Bill Cartwright a co-captain along with Michael Jordan, who had held the job by himself.”

Cartwright, an 11-year veteran, seemed like a curious choice. He was Jordan’s polar opposite; a quiet, modest, brooding, unflashy grinder who rarely smiled or sought the spotlight. He could score 20 points a game if called upon but was perfectly content to focus on defense. ...

As a captain, Cartwright’s job was to rebuild something Jordan had constantly undermined: the team’s connection and camaraderie. ...

On the elite teams I’ve known, the real leaders are rarely superstars. They work quietly, in and out of public view, doing the messy, thankless, unglamorous jobs that bind teams together. “The Last Dance” hasn’t changed my mind about that. Michael Jordan may have been the biggest personality and most valuable player on the Bulls. But he wasn’t the most valuable leader.

I heard it's because ol Bill threatened to break his legs!