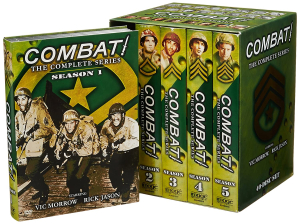 Since the Vietnam War, the United States has sent members of the Armed Forces into harm’s way long before political leaders designate the areas in which they serve as combat zones. For military families — many of whom struggle from week to week to make ends meet — the designation of combat zones has important financial consequences. Servicemembers that serve in combat are supposed to receive greater compensation and tax benefits. However, the designation of a geographic area as a combat zone often opens the door to a variety of complicated political and administrative conflicts. As a result, not only do Servicemembers have to experience the inherent dangers of serving in areas of conflict, but the financial well-being of their families can often take a back seat to beltway political disputes.

Since Congress has moved away from decisively exercising its war powers under the Constitution, the gap has been filled in a manner that has created serious inequities. While some Servicemembers like those dangerously serving in combat stricken Syria fail to get the benefits and recognition they truly deserve, other members such as those safely stationed with their families in Bahrain inequitably benefit from historic combat zone designations that no longer practically apply.

This article argues that the current system of combat zone designation is inequitable and in need of reform.

In particular, Congress, the President, the Treasury Department, and the Department of Defense should take steps such as designating combat zones and areas in direct support of combat zones in a timely manner, as well as modifying the Internal Revenue Code (I.R.C.) and the Treasury Regulations (Treas. Reg.) to decouple military de-facto compensation from the rigid structure of combat area designations.

While Part I introduces this article, Part II provides a historical and legal background of the combat zone tax exclusion. Specifically, it identifies the significant benefits at stake such as the exemption of military income earned in combat zones in accordance with I.R.C. §112. Part II also addresses the problems encountered by Servicemembers who fall just outside the rigid qualification requirements such as the failure to qualify for extensions for filing income tax returns without penalty under I.R.C. §7508 and Treas. Reg. §1.6081-4(b).

Part III explains the struggles between the executive and legislative branches over exercising the war powers, as the judicial branch has largely stayed out of the fray, viewing these issues as international foreign policy and thus non-judiciable political questions. Part III not only identifies the struggles, but also offers solutions that the executive and legislative branches could take, such as designating the Sinai as a qualified hazardous duty areas via Sec. 11026 of the 2017 Tax Cuts and Jobs Act, Pub. Law 115-97, and amending I.R.C. §112 to state that: “Gross income does not include compensation received for active service as a member below the grade of commissioned officer in the Armed Forces of the United States for any month during any part of which such member was eligible to receive hostile fire or imminent danger pay and (1) served in a combat zone, qualified hazardous duty area, area designated in direct support of a combat zone, or contingency operation outside the United States or (2) was hospitalized as a result of wounds, disease, or injury incurred while serving in a location specified by paragraph 1.”

Part IV goes further by offering solutions that the Department of Defense could take such as designating areas in direct support of combat zones in a timely manner, as well as solutions the Treasury Department could take, such as modifying Treas. Reg. §1.112-1 in order to end the continuation of the current, unacceptable status quo. In addition, Part IV argues that despite the government’s rather aggressive arguments that its regulations are only interpretive and not legislative and that the Anti-Injunction Act bars preemptive regulatory challenges, the Internal Revenue Service should comply with the notice and comment requirements of the Administrative Procedures Act in promulgating its regulations and temporary regulations, especially in light of recent holdings.

In short, this article argues that the President, Congress, the Department of Defense, and the Department of the Treasury must take what actions are within their span of control to ensure that Servicemembers and their families are not forced to take a back seat to the political process. Another Somalia must not be allowed to occur again. When casualties occur, the government must not be left holding the bag for failing to take action in a timely fashion to protect those who answered the call to serve their nation.