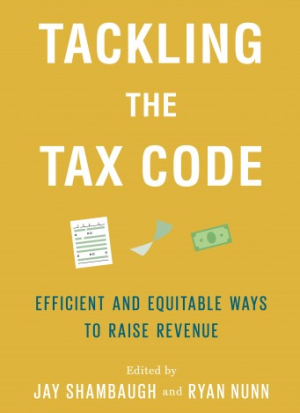 In Leveling the Playing Field between Inherited Income and Income from Work through an Inheritance Tax, Lily Batchelder proposes that our current estate and gift transfer taxes be abolished and that gifts, inheritances, and bequests in excess of a lifetime exemption and various annual exclusions instead be includible for both income and payroll tax purposes. She would require constructive realization of large accrued gains on gifts and bequests and repeal of carryover basis and stepped-up basis for such gains as well. To avoid forcing the sale of family farms and businesses, she would allow heirs to defer indefinitely the resulting taxes to the extent they exceed the heirs’ liquid assets, minus a cushion of $500,000. She would also permit taxable inheritances to be spread over five years to minimize bracket shift problems. Finally, to address the avoidance problems that currently plague our transfer tax system, she proposes a series of reforms to rules governing the timing and valuation of transfers through trusts and similar devices. The Urban-Brookings Tax Policy Center estimates that if the lifetime exemption were $2.5 million, Batchelder’s proposal would raise $34 billion per year; if the lifetime exemption were $1 million, $92 billion per year; and if the lifetime exemption were $500,000, $140 billion per year. By comparison, our current transfer tax system raises about $16 billion per year.

Batchelder’s thorough exploration of the problem includes: extensive empirical background; critical examination of the technical, economic, and ethical issues raised; and comprehensive proposed transition and reporting rules. It is essential reading for both tax specialists interested in the relationship between income and wealth taxation and lay readers concerned about addressing increasing wealth, income, and political disparities in the United States in a manner consistent with American political values. ...

At its core, therefore, Batchelder’s paper is a paper on political economy. Her most important argument is that including gifts, inheritances, and bequests in income rather than subjecting them to separate “death taxes” will be more saleable. Whether this is so, only time will tell. In the meantime, however, she has given us a comprehensive, technically sound path forward.

I just googled the top ten wealthiest people in the United States. They have a combined net worth of $600 billion. Without drilling down further, my guess is almost none of this wealth was inherited. It all has been created within say the last 30 years.

So much for going after inherited wealth, huh?