Rodriguez: Why Does The ABA Appear To Give Different Scrutiny To The LSAT Compared To The GRE? 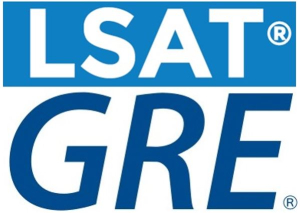 The new LSAT-Flex being unfurled by LSAC will have one fewer section, Logical Reasoning being reduced from two sections to one.  Perhaps this has something to do with the administration of the test as it is being delivered in this new format because of the COVID-19 crisis.  Not expressing a view on this change, which we can assume was arrived at after careful deliberation.  But is it not odd that the GRE's use continues to be strictly scrutinized by the ABA under Rule 503 for predictive validity while this change is presumably immune from such scrutiny? ...

The LSAT-Flex initiative, provided in a remote form, is a positive step forward. What would also be especially positive is if the ABA treats both LSAC and ETS fairly and transparently. I hope it does; the ABA could easily confirm that this is so.

Dan, a very simple test of the interchangeability of the GRE and LSAT would be to have a statistically valid number of students take both tests and look at the correlation coefficient of the results. My hypothesis would be that the correlation would in fact be extremely high. If true, the logical result would be to end the LSAT as a separate test. If the physics and history departments can use the same standardized test for their PhD programs, why can't law schools rely on that test as well?