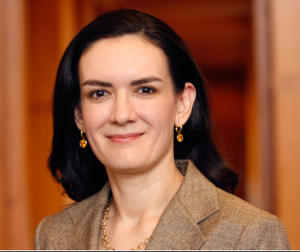 The recession of 2008 precipitated a political crisis that motivated an unprecedented international project to curb corporate tax dodging. This Article argues, contrary to dominant scholarly views, that this effort transformed international tax — changing its participants, agenda and institutions, norms, and even its legal forms. Perhaps most important, efforts to close corporate tax loopholes opened a rift over the resulting revenues that threatens a hundred-year-old tax treaty framework. This Article identifies and critically evaluates these changes from the perspectives of revenue, inclusivity, legitimacy and accountability, innovation, and durability.

Conclusion
Throughout the twentieth century, states over-satisfied the norm against double taxation, accommodating significant non-taxation of corporate income. If the international tax regime did not manage to assign an item of income to be taxed, that gap caused no special alarm. The twin pressures of financial crisis and voter discontent motivated states to embark on the BEPS Project to fix tax gaps and other corporate tax-avoidance issues. Notwithstanding the modest formal recommendations of the BEPS Project, and contrary to academic criticism, this Article argued that BEPS both reflected and achieved fundamental change in the decisionmakers, agenda, norms, and legal forms of international tax.

While confirming and effectuating seismic shifts in international tax, the BEPS Project shored up old and disputed allocation rules using innovative new instruments of international law, including the MLI and fiscal fail-safes. The point of BEPS was to grow the revenue pie by shutting down corporate tax avoidance, not to re-slice the pie, but it was unrealistic to think that states could pursue full taxation while remaining indifferent to which state received the tax. This Article thus argued that one of the most important outcomes of BEPS was that by increasing the salience of distributive issues and creating an inclusive forum for negotiating distributive outcomes, BEPS made it more, not less, likely that states would seriously reconsider distributive questions.

Now is a crucial moment for international tax. Over one hundred countries are locked in a complex negotiation to decide how states should divide the entitlement to tax income from cross-border economic activities. BEPS provided a forum for negotiation— the Inclusive Framework—and populated it with representatives of developing countries nurturing long-ignored grievances about the prior distribution. Despite dire warnings of impending chaos, however, deviations from the 1920s compromise have been modest so far, consisting of very narrow digital taxes, changes to domestic nexus rules that do not apply in treaty contexts, and stepped up anti-abuse enforcement. This modesty suggests that commitments to minimizing double taxation though coordinated solutions remain strong. It is also worth remembering that although we lack shared values that could guide us to a stable new distributive outcome, we never shared such values. The international tax regime has always represented a negotiated bargain over how to divide among states the spoils of globalization. Appeals to fairness, efficiency, and administrability informed this bargain, even though the architects of our current tax system disagreed about how to weigh them. Through incrementalism in the twentieth century and paroxysms in the twenty-first, countries have built consensus for a system in which all of company’s income should be subject to tax once. Next they will decide how to share that tax.