Crawford: Tax Exemptions, Universities, And The Legacy Of Slavery 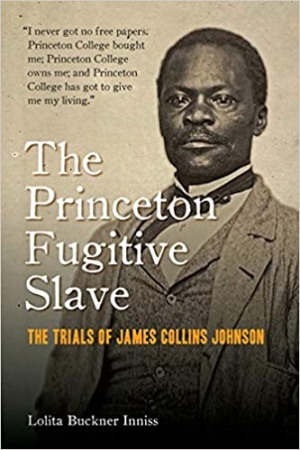 Many universities around the United States are attempting to grapple with their direct and indirect involvement with the institution of slavery. Lolita Buckner Inniss’s book The Princeton Fugitive Slave: the Trials of James Collins Johnson (Fordham University Press 2019) enters directly into the conversation taking place on university campuses and nation-wide about what responsibilities institutions have to acknowledge their past and to create racially inclusive campuses in the twenty-first century. Because most universities are tax-exempt, it is important to understand that their activities are indirectly subsidized by local, state and federal governments. The lens of tax law facilitates better understanding of universities’ unique historic role in American economic activity as well as contemporary arguments about their obligations to workers and community constituents during the COVID-19 crisis. ...

Conclusion
If reparation payments are, as Inniss explains, “a bridge too far” for many individuals and institutions, consider whether the tax system itself might play a role in shaping the present behavior of tax-exempt organizations in light of their historic involvements with slavery and slavery’s aftermath. As a condition of ongoing tax exemption, for example, a university might be required to pay its workers a living wage, or refrain from making reductions in its workforce once its profits or endowment, if any, reach a particular level.

Consider Harvard University, with an endowment of over $40 billion; that school has moved to lay off dining hall workers in response to financial losses caused by the COVID-19 pandemic. Harvard University has over 6,500 employees in non-academic and non-professional positions. Sixty-three percent of those workers are people of color. In a time of financial difficulty, Harvard seeks to terminate its workers but maintain its endowment. Workers’ lives will be thrown into disarray, while the school’s financial cushion will continue to grow tax-free. What if institutions like Harvard were required to make reasonable incursions into unrestricted portions of that tax-free income before firing its workers? Such an approach requires understanding the university as having both a core educational mission and a role in the community. If a school can fulfill both its core educational mission and provide secure and fair employment for a large number of people, it should do so, and tax exemptions should be so conditioned. Like James Collins Johnson and Princeton University then, the tax system itself is part of “history, memory, presence, and future.” Demanding that well-endowed tax-exempt universities engage in fair labor practices is a way of honoring history and memory, providing greater education and security in the present day, and enhancing future well-being for a large group of people with a nexus to the campus.

I've yet to see a concrete proposal for race-based reparations for slavery that doesn't violate the Civil Rights Act of 1964 and the Equal Protection Clause of the U.S. Constitution.

And if the proposal isn't race-based, why call it "reparations"? That term has a specific legal connotation.

Quote: "Harvard University has over 6,500 employees in non-academic and non-professional positions. Sixty-three percent of those workers are people of color. In a time of financial difficulty, Harvard seeks to terminate its workers but maintain its endowment. Workers’ lives will be thrown into disarray, while the school’s financial cushion will continue to grow tax-free."

Why would anyone find that surprising? I don't. Our entire legal response to the legacy of slavery and racism has been to develop schemes that punish poor whites who had it hardly any better than poor blacks.