The Lily, Women Academics Seem to be Submitting Fewer Papers During Coronavirus. ‘Never Seen Anything Like It,’ Says One Editor: 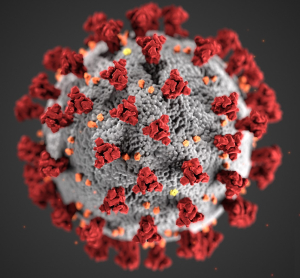 Men are submitting up to 50 percent more than they usually would.

Six weeks into widespread self-quarantine, editors of academic journals have started noticing a trend: Women — who inevitably shoulder a greater share of family responsibilities — seem to be submitting fewer papers. This threatens to derail the careers of women in academia, says Leslie Gonzales, a professor of education administration at Michigan State University, who focuses on strategies for diversifying the academic field: When institutions are deciding who to grant tenure to, how will they evaluate a candidate’s accomplishments during coronavirus?

“We don’t want a committee to look at the outlier productivity of, say, a white hetero man with a spouse at home and say, ‘Well, this person managed it,’” says Gonzales. “We don’t want to make that our benchmark.” ...

[T]the anecdotes are consistent with broader patterns in academia, says Gonzales: If men and women are at home, men “find a way” to do more academic work.

When men take advantage of “stop the clock” policies, taking a year off the tenure-track after having a baby, studies show they’ll accomplish far more professionally than their female colleagues, who tend to spend that time focused primarily or solely on child care. Some of the responsibilities are determined by biology: If a woman chooses to breast-feed, that takes up hours every day. Women also face a physical recovery from giving birth.

It was easy to foresee: within academe, female professors would bear the professional brunt of social distancing during COVID-19, in the form of decreased research productivity.

Now the evidence is starting to emerge. Editors of two journals say that they’re observing unusual, gendered patterns in submissions. In each case, women are losing out.

Editors of a third journal have said that overall submissions by women are up right now, but that solo-authored articles by women are down substantially.

In the most obvious example of the effects of social distancing carving into women's research time, Elizabeth Hannon, deputy editor of the British Journal for the Philosophy of Science, wrote on Twitter that she’d received “negligible” submissions from women within the last month. “Never seen anything like it,” she added.

David Samuels, co-editor of Comparative Political Studies, in response shared that submissions to his journal are up 25 percent so far in April, compared to last year. That increase was driven entirely by men, however, he said. Women’s submissions stayed flat.

The American Journal of Political Science on Monday published a longer-term analysis of submissions and publications by men and women over the last three years, as part of a larger effort to understand publication patterns for authors from underrepresented groups. Co-editors Kathleen Dolan and Jennifer L. Lawless also examined the last few weeks, in particular, and found that submissions have picked up. To their surprise, 33 percent of submitting authors since March 15 were women, compared to 25 percent of authors over the three years studied. Looking at these recent submissions another way, 41 percent of the 108 papers had at least one female author -- slightly more than usual.

This doesn’t mean that COVID-19 "hasn’t taken a toll on female authors, though," Dolan and Lawless wrote, as women submitted just eight of the 46 solo-authored papers during this time. That’s 17 percent, compared to 22 percent of solo-authored papers in the larger data set.

"As a percentage change, that’s substantial," the editors said. "Even if women’s overall submission rates are up, they seem to have less time to submit their own work than men do amid the crisis.”

The revelations generated much chatter, including from gender studies scholars and women in all fields who are desperately trying to balance teaching and otherwise working from home with increased caregiving responsibilities. Those responsibilities include all-day minding of children due to school and daycare closures, homeschooling, and the cooking and cleaning associated with having one’s family at home all day, every day. Women are also spending time checking in with friends, relatives and neighbors.

The Guardian, Women's Research Plummets During Lockdown - But Articles From Men Increase

Quote: Now the evidence is starting to emerge. Editors of two journals say that they’re observing unusual, gendered patterns in submissions. In each case, women are losing out.

That's an odd value system. Women are thought to be "losing out" because they get to spend time with their children rather that write a scholarly paper that no one reads.

Alternate headline: Gender Equity Model collapses without army of poor and immigrant women to support it

Any sentient observer of centuries of data on male/female differences will not be surprised. Do dig deeper, how do single, childless males and females compare? By single, I mean "living alone".