Johanna Hey (Professor and Director of the Institute of Tax Law, University of Cologne, Germany) presented Global Minimum Taxation (GLoBE) – A New Stance of the OECD on Tax Competition and National Sovereignty? online at Florida as part of its Tax Colloquium Series: 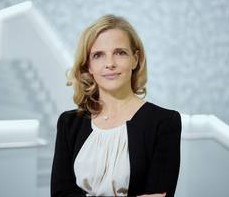 [S]ince early 2019 the OECD has been presenting new, much more far-reaching proposals under Pillar 1 and Pillar 2. Pillar 1, introducing new nexus and allocation rules, was to be expected after the work on adapting the international tax system to the challenges of the digitalization of the economy (Action 1) could not be completed by 2015. However, the proposal for a global minimum taxation (Global Anti-Base Erosion – "GloBE") under Pillar 2 deviates from the previous roadmap without prior thorough discussion. How fundamental this realignment of the international tax scene will be, depends, of course, on the results of the debate on Pillar 1 and Pillar 2 in 2020. This debate, one would expect, would need to be held on the policy level at first by defining the targets. After the policy objectives have been set, a discussion on expert level should focus on the design most suitable to accomplish these objectives. . . .

This paper tries to understand whether Pillar 2 is a consequential continuation of BEPS 2015, a predictable re-alignment, or a complete turnaround. At first, this requires a characterization of the objectives as well as the outcome of OECD BEPS 2015 and its shortfalls (Part I). These shall be compared with the objectives now pursued by Pillar 2. Therefore, Part II analyses in detail possible objectives and their consequences for the necessary design of Pillar 2. Part III examines the consequences of European Union Law for a minimum tax approach.