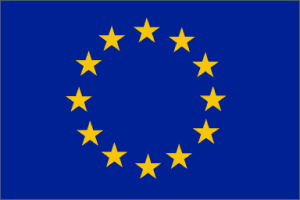 Just before Easter the ministers of finance of the European Union reached an agreement on a package of 540 billion euros to fight the Corona-crisis. The victory by the Union of this umpteenth crisis was not a reason for joy or jubilation. Fortunately the deal made money available for the most immediate needs of the health crisis and its economic consequences. But the question of how to rebuild the economy of the Union and the member states in the long run remained unresolved. If nothing changes, the only prospect is that some time down the road there will be another hair raising crisis, in which the Union may muddle through or may be destroyed. The bets are open. Within one decade we have lived a euro-crisis and a Corona-crisis, and many mini-crises in between. As academics, specialists in taxation, we have come to the conclusion that the present way of decision-making in the European Union is a dead alley. The cause for this blockage in decision-making is a fundamental dividing line between Europeans on the way the European Union is to be financed.

Many Europeans want to keep full national control on the financing of the means that are put at the disposition of the budget of the EU. The main arguments for keeping this full national control are (1) the moral hazard argument of fear of uncontrolled spending by the EU and the Member States, documented by persistent and sometimes large budgetary deficits in those Member States claiming this support, (2) the argument of political accountability requiring approval of taxes and the budget by a democratically elected parliament, which in the opinion of these Europeans is a national parliament, and (3) the lack of transparency of measures taken by the European Central Bank and the European Stability Mechanism resulting in widespread scepticism against European solidarity.

Many other Europeans want more progress for the Union in economic and social integration, by stressing direct solidarity between European citizens in putting financial resources in common at the European level. The main arguments for this approach are (1) the necessity of an effective common economic and monetary policy for the euro, strengthening the EU as a whole in the increasing competition with other large economic powers in the world, (2) the expectation that this solidarity will help the weaker EU Member States to overcome their structural economic and social handicaps, and (3) the necessity of more democratisation at the European level by transferring part of the decision-making power over taxes and budgets to really democratic EU institutions.

These two opposing approaches have been blocking the decision-making process in the EU. ...

If, after more than 60 years, the Member States don’t have enough confidence in the institutions of the European Union to meet this challenge, even when this challenge is strictly limited to a few percentage points of their total national tax revenue, certainly the euro-zone, then maybe the whole Union has no future and will muddle through until total disintegration. ...

As tax specialists we know that this change involves a lot of technical budgetary details, which need to be elaborated in much more extensive documents. Already, in the past, many studies have been made on the question of which EU taxes would be fit to finance the EU budget. This is not a call for higher taxation, but in the first place for a limited and gradual shift in revenue between the Member States and the Union. This reform is not to be implemented in one big bang, but in a gradual process during a long transition period, like the customs union from 1957 to 1968. To keep the Union together we need that minimal glue of truly European solidarity, not more but surely not less.

Quote: "Many other Europeans want more progress for the Union in economic and social integration, by stressing direct solidarity between European citizens in putting financial resources in common at the European level."

Yes, and that closer and deliberately more coerced integration is precisely what many Europeans do not want. The UK has left over that and several other countries are considering doing the same. The EU's ambitions may very well end up creating a rump state.