Jennifer Bird-Pollan, Taxing the Ivory Tower: Against the Income Tax Exemption for Universities: 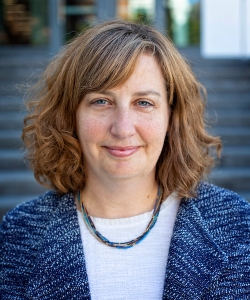 Non-profit organizations in the United States are eligible to apply for exemption from the federal income tax. This tax benefit is distinct from the charitable contribution deduction, which is often the focus of tax policy work on non-profit tax law. However, the exemption from the income tax is actually a broader provision, providing a tax benefit to a wider group of entities than are eligible to receive tax deductible contributions. Halperin’s work on the income tax exemption for non-profit entities raises important considerations that are particularly relevant today, as the investment portfolios of certain non-profits dramatically expand. In this essay, I consider the particular situation of colleges and universities and the accumulation of income in the endowments of those institutions. I argue that, allowing unlimited accumulation of income without the imposition of tax creates the wrong incentives for universities, motivating universities to hoard their income for investment purposes, rather than using income to pursues additional educational activities. This essay proceeds as follows: Part I explains the current operation of the income tax exemption for non-profit entities, as well as the rationale for that exemption; Part II identifies objections to that exemption model; Part III focuses on the problems particular to institutes of higher education; Part IV concludes. 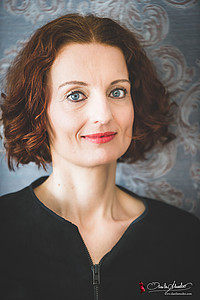 Our modern societies are founded on the idea of individuals being free and of the state intervening only where it is necessary for the functioning of our society. This freedom has been acquired in hard struggles, wars, revolutions. And in this concept of individual freedom society and the State have accepted that people have secrecies that nobody knows, under the assumption of freedom we even accepted that people cheat the laws. As long as information is analog and local, the laws of the physics create an automatic zone of privacy.

Data analytics allow to combine the huge mass of data on a human being available out there and “stored”/ “held” by different places/institutions in a way a single human being would not be able of. Everyone needs to accept that people watch him when he acts in public. Every trace we leave on the internet is a public footprint. We need accept that this footprint is being watched.

But there is a difference between watching and processing. At the moment these footprints get combined with each other, combined with other sources of information and feed then into a decision based on evaluations, it is not pure observation anymore, it becomes surveillance. Since the State is only allowed to intervene, when provided by law, there need to be clear rules! In a digital world, privacy requires explicitly designed institutions, laws and technologies, or norms about which information flows are permitted or prevented and which are encouraged or discouraged.

In order to preserve our hardly acquired individual freedoms it is absolutely necessary to be aware of the risks Big Data entail. In order to avoid that Big Data Analytics remain a black box that does not allow a taxpayer to rely on the human rights conventions and constitutions confer to him in order to avoid illegal restrictions of personal autonomy tools have to be prescribed by lawmakers and policymakers that allow making big data users – in tax matters governments – more accountable for their actions.

From a legal perspective it thus seems highly problematic that the tax administration is rather opaque with regard to the use of big data. Although there is a large margin of discretion of the tax administration with regard to the decision on how to use which instruments of investigation, it needs at first place to be clear and (rule of law) legally founded that data analytics are used for the purpose of tax collection.