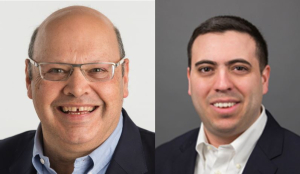 Tax expenditures are “revenue losses attributable to provisions of the Federal tax laws which allow a special exclusion, exemption, or deduction from gross income or which provide a special credit, a preferential rate of tax, or a deferral of tax liability.’’ The concept of tax expenditures was coined by the first Assistant Secretary for Tax Policy, Stanley S. Surrey, in the late 1960s. The concept relies on the Haig-Simons definition of income (with certain adjustments) as the baseline, a deviation from which is considered a tax expenditure.

There are two basic problems with attempts to define tax expenditures against a Haig-Simons baseline. First, it is not clear why the Haig-Simons, and not other definitions of income, should be used as a baseline. Second, it is not clear why such deviations are normatively problematic. That, presumably, is why the literature now accepts the view we should just learn to live with the tax expenditures. Surrey would have disagreed, and this article represents an attempt to recapture his original view of tax expenditures and assess its present-day implications.

Part I briefly surveys Surrey’s career and explains how he came to invent the concept of tax expenditures. The most important lesson from this page of history is that Surrey in fact never intended to measure tax expenditures against Haig Simons. Instead, his aim was to identify departures from horizontal equity, i.e., the idea that taxpayers with equal ability to pay should bear an equal burden of tax. Part II of the Article moves overseas and examine how tax expenditures are treated there. Examples from Germany, Italy and Israel show that in these countries tax expenditures are assessed not against Haig Simons but against a constitutional norm of equal protection. While such constitutionalization of the analysis would not be appropriate in a US context, the foreign cases show that what people care about when discussing tax expenditures is fairness, not deviation from a theoretical baseline. Part III of the Article then attempts to assess the consequences of this line of analysis for some of the larger US tax expenditures.