Following up on my previous posts on law school grading policies for the Spring 2020 semester in the wake of the coronavirus (links below): 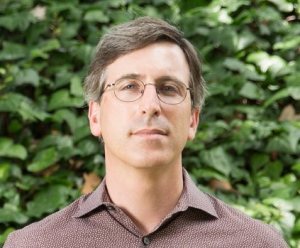 As law schools continue to debate grading policy changes in response to the COVID-19 crisis, a new wrinkle has emerged. The first round largely focused on whether to move away from standard grading and, if so, whether to take an opt-in versus a mandatory pass/fail approach. I’ve previously explained my support for a mandatory over an opt-in approach, and law schools largely seem to be going in this direction. The wrinkle is whether to adopt some kind of hybrid, with a mandatory approach to some courses (especially larger, curved courses) and an opt-in approach to others (such as seminars and/or experiential courses). Most schools taking a mandatory approach have considered but rejected such carve-outs, as Cornell did when it adopted a mandatory pass/fail policy early on. My own institution (UCLA), however, recently included carve-outs for seminars and experiential courses, and so that approach is likely to receive additional interest. This post explains why I believe carve-outs are a mistake, and why a simple, universal approach is preferable.

I begin by noting that grading policy can be analyzed at the levels of the individual student, a single course, an entire school, or the legal academy more broadly. To an important extent, disagreements reflect familiar differences in the virtues of more individualistic versus more structural analyses, and the extent to which the particular circumstances of a pandemic crisis counsel movement away from whatever competitive individualism might ordinarily be appropriate. In the context of grading specifically, the rationale for more structural approaches gains power from the intrinsically comparative nature of grades and their subsequent use by other institutions. Thus, an opt-in approach sounds appealing when viewed as a seemingly win-win matter of giving an individual student access to the upside of a high grade and protection against the downside of a low one. But it suffers badly once one considers a cohort of students in a class, each with foreknowledge of the policy and making their election after their COVID-19 crisis performance is graded on a curve.

The pitch for carve-outs attempts to limit the considerations in favor of mandatory pass/fail to the circumstances of larger, curved law school courses graded predominantly on a final exam. One rationale is that, in certain courses, students already have completed much of their work. Of course, students in standard courses have done so, too: they have been studying hard, attending class, etc. during the pre-crisis period. And so the real point has to be that faculty are in a position to evaluate pre-crisis work, and, further, that this evaluation of pre-crisis work provides a sufficient basis for awarding a grade for the whole course. This argument is appealing in principle but devilish in practice. Consider a seminar in which students have submitted a pre-crisis rough draft. Even so, there may be substantial variation in how students target their efforts toward the first draft versus a revision, variation that relied in part on their understanding that the first draft would not be the basis for their final grade. Moreover, the purpose of receiving feedback on a first draft is to be able to improve the next one. If those improvements genuinely matter, we are back to the problem of either discarding those from our evaluations or, instead, evaluating revision performance under COVID-19 conditions.  I worry especially about the students with less training in academic paper-writing, those who often benefit the most from faculty feedback. Furthermore, within any crude category like “seminar” or “experiential,” there is likely to be substantial between-course variation in the degree of front-loading revealed work. This gives rise to the standard administrability and fairness arguments in favor of a universal approach.

The complementary argument for carve-outs is that many of the same courses involve rich, individualized, non-comparative evaluation of students without a curve. Thus, even if the professor assesses only work produced after onset of the crisis, they can recognize the achievement upside while protecting students against crisis-impacted downside. This is essentially a reiteration of the general opt-in rationale. Although the weaknesses are less severe than in curved courses, the same basic points apply. A student who would have produced “A” work may end up with a B+ or a “Pass” instead, while a classmate may continue on to an “A,” the difference explained by variable crisis impact. The further response may be that everyone in the uncurved course will get an A or A- regardless, and so the between-students problem will not arise. But even accepting that without further comment, this simply brings us to the next levels of analysis, not just within-course but also between-courses within the school, and then further between schools.

Note here why it is important that students receive a letter grade rather than a note from their professor saying “This is an outstanding paper” and explaining why. The latter would provide ample feedback and recognition of achievement and the work put into producing it. But what’s at stake in the letter grade is standardized, simplified communication of that achievement to employers and other institutions who will use the grade to make comparative judgments relative to other students. The result is that students within the school who happened to take more units of the carved-out classes will receive a substantial transcript and GPA advantage relative to students who took fewer. This raise serious equity concerns between students in different courses within one school. And, moreover, it threatens to undermine the protective cover of the “Pass” even in classes that were mandatory pass/fail, because employers will see transcripts with a mix of letter grades and passes in that semester.

These dynamics are even more troubling at the between-school level. Schools like mine with substantial cave-outs from mandatory pass/fail (and even more so those that are opt-in across the board) will generate students with higher reported GPAs and more top grades visible on their transcripts, including Spring 2020 specifically, relative to schools that take a universal mandatory approach. We all understand these dynamics, even if we do not always speak about them openly. This kind of competitive advantage is especially troubling when the schools with universal approaches decided first, as was the case with UCLA relative to our main California competitors (colleagues?) at Berkeley, USC, and Irvine, though of course later-deciding schools should still be able to exercise their independent judgment on a challenging issue. Similar dynamics then create pressure on still later-deciding schools to act defensively by embracing carve-outs, or even a fully opt-in policy, to forestall relative disadvantage. This might well overwhelm the intra-school and intra-course considerations that might otherwise have counselled a universal approach.

These are questions of solidarity, and there is no time for solidarity like a crisis.