Following up on my previous posts (links below):  Wall Street Journal editorial, Justice vs. Conformity at Scalia Law: 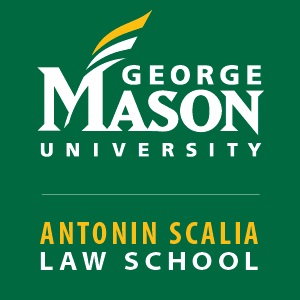 The campaign for intellectual conformity in higher education could win a major and destructive victory as George Mason University moves to violate the agreement that established Antonin Scalia Law School.

After Scalia died in 2016, a donor, described as a friend of the Justice, offered $20 million to rename GMU’s law school in his honor. GMU, a Virginia-based public university, agreed to condition the gift on the donor’s anonymity. The name officially changed that year.

Yet this month GMU threatened to renege on its contract by identifying the donor, according to a motion filed in Arlington County Court. The motion asked for a temporary restraining order, which was granted Thursday, but the case isn’t over. GMU could win the lawsuit, while the donor says the agreement has already been breached and may demand the return of $16 million.

The background is that since the law-school renaming was proposed, liberal faculty and students have been up in arms. GMU, like most universities, leans left, but its law school is a rare bastion of classical liberal thinking in higher education. That’s made it a target of activist groups and Freedom of Information Act requests from progressives who argue conservatives have too much influence. ...

Anonymous involvement in American politics goes back to the writings of the Federalists and Anti-Federalists, of whom George Mason himself was a leader. Yet liberals want to use charges of “dark money” to target anonymous donors and purge invaluable resources at George Mason like its Center for the Study of the Administrative State.

If people want a liberal law school, go someplace else

Uh, GMU does not lean left by any rational measure. In donor circles it is most famous for inking secret agreements with the Koch Foundation that gave that private organization sway over hiring & firing of professors, as well as a hand in the formation of curricula in their Econ department.

Interesting to see the op-ed defend dark money, though - the premier mechanism through which individuals, corporations, and nations engage in money laundering, the facilitation of drug trafficking networks, bribes, influence of sovereign elections, and so on. Saying the quiet parts out loud, are we WSJ?

As for faculty/administration, the putative strings related to Koch libertarian donations notwithstanding, anybody familiar with GMU faculty knows that lefties greatly outnumber righties, except for the Econ department and possibly the law school.