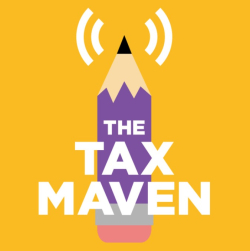 Episode Summary: Melbourne’s Miranda Stewart has a passion for tax law that led her halfway around the world to NYU Law’s tax LLM in the late 1990s, helping launch her prolific career as a scholar. Now, Professor Stewart teaches, writes and advises governments about improving the relationship between people and their governments and the role that tax policy can play in promoting transparency. In this episode, Stewart describes the way the tax law intersects with gender, human rights, good governance and the rule of law. She also explains why she has an Italian fresco on her home page and what it says about the role tax plays in society. She answers a pencil question based on an article by UCLA’s Eric Zolt.

Episode Notes: Miranda Stewart is a professor and the director of Tax Studies and the Tax Group at Melbourne Law School and also a fellow at the Tax and Transfer Policy Institute at Australian National University’s Crawford School of Public Policy. Her scholarship addresses an extraordinary range of topics related to tax policy, including transparency and economic development.

Her work takes up the challenge of envisioning tax laws that do more than just generate revenue. She sees those challenges depicted in a beautiful fresco painted by Ambrogio Lorenzetti in Siena Italy in the 14th century titled Allegory and effect of good and bad government. And painting may be just about the only thing Professor Stewart has not mastered: When she is not writing or teaching, she advises governments and think tanks about tax policy. Stewart and Dean talk about the connections she sees between how we govern ourselves and how we collect taxes.