Lesson From The Tax Court: Last Known Address Rules And The Rule Of Law 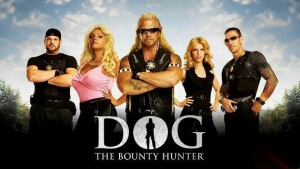 Celebrities are often hard to contact.  “Call my agent” is their standard line.  When do that on their tax returns, they should know that the last known address rules apply to celebrities the same as to regular folk.  That is the lesson in Duane Lee Chapman and Alice E. Smith, Deceased v. Commissioner, T.C. Memo. 2019-110 (Aug. 29, 2019) (Judge Ashford).  There, the taxpayers—famous from the TV reality show Dog the Bounty Hunter—put their agents’ address on their tax returns.  It cost them the opportunity to contest tax liabilities in Tax Court.

The case also shows us another meaning of the term Rule of Law.  That is why I am presenting this case today, as a follow-up on last week’s lesson.  Details below the fold.

The Law: Deficiency Procedure and Last Know Address Rules
Section 6212 requires the IRS to send a Notice of Deficiency (NOD) to a taxpayer’s last known address before it may assess the proposed deficiency.  Section 6213 give a taxpayer 90 days to petition the Tax Court for review (or 150 days if the NOD is addressed to a location outside the United States).  A valid NOD suspends the statute of limitation for assessment until 60 days after the later of (a) the taxpayer’s period to petition the Tax Court runs out, or (b) the decision of the Tax Court becomes final. §6503(a).

If the IRS can prove that a taxpayer actually received an NOD in time to comply with the 90 day petition period, the NOD will be valid, regardless of what address the IRS used. See e.g.  Lindstrom v. Commissioner, T.C. Memo 2007-243 (“It is settled law that the validity of a notice of deficiency will be sustained when mailing results in actual notice to the taxpayer without prejudicial delay.”)(internal quotes and citations omitted).

Treas. Reg. 301.6212-2(a) defines the term “last known address” as “the address that appears on the taxpayer's most recently filed and properly processed Federal tax return....”  The regulation does not say what constitutes a properly processed return, but instead tells readers to follow the latest IRS Revenue Procedure on the subject.  The current one is Rev. Proc. 2010-16.  It helpfully lists both all the Forms that it deems to be returns, and all the Forms it deems to not be returns.  Last year I blogged here about how the POA Form 2848 cannot be used to record a change of address with the IRS.This main rule is subject to a variety of sub-rules.  Two are important for today’s lesson.

Rev. Proc. 2010-16, §5.04(1) says that clear and concise notification can be made either in writing or orally.  Regardless, it must be an explicit statement “that the taxpayer wishes the address of record changed to a new address.”  The Rev. Proc. explains that “In all cases, clear and concise written notification must be specific as to a change of address.  Thus, a new address reflected in the letterhead of taxpayer correspondence will not by itself serve to change a taxpayer's address of record.”  §5.04(1)(a).  In addition, the Rev. Proc. says taxpayers can give clear and concise notification when they respond to “correspondence sent by the Service that solicits or requires a response by the taxpayer” and in the response the taxpayers mark corrections to the taxpayer's address information on the IRS document that the taxpayers return in their response.  §5.04(1)(b).  The Rev. Proc. also states the obvious: taxpayers should use the Change of Address Form 8822.  §5.04(1)(c).  Duh.  If the taxpayer speaks to an IRS employee who has access to the Master File, makes the explicit statement, and allows the IRS employee to verify the taxpayer’s identity, that can constitute oral notification.  Rev. Proc. 2010-16, §5.04(3).

The second sub-rule relevant to today’s lesson is from case law.  If, before the IRS sends the NOD, it has reason to know the taxpayer’s address had changed or that the address on the last filed return is invalid, then the IRS must exercise “due diligence” to find the correct address.  What triggers the duty of due diligence and what constitutes due diligence is a facts and circumstances inquiry.  See Keeton v. Commissioner, 74 T.C. 377 (1980).  Generally, however, the trigger must be some specific notification by the Post Office of a failed delivery or some similar information received from third parties that the address in the database is wrong.

Facts
The IRS selected for examination the joint returns Mr. Chapman and his wife Alice Smith filed for their 2006 and 2007 tax years.  It appears that the taxpayers were represented in that matter by the firm of Duban, Sattler & Associates, LLP.  The Duban firm had also prepared their 2010 return.  The 2010 return listed the Duban firm’s address on Wilshire Blvd. in Los Angeles as the taxpayer’s address.

It appears that the taxpayers took the examination to the Office of Appeals in non-docketed status.  This meant that any NOD would be issued by the Office of Appeals.  See IRM 8.17.4.  At some time during the Appeals process, the employee at the Duban firm who had actually handled the taxpayers’ account, Mr. Fabian Plata, left the firm and started his own firm, with an address at West 3rd St. in Los Angeles.  He took the taxpayers with him.  Probably a good thing, considering Dennis Duban's later conviction on federal fraud charges.  A person not identified in the record called the IRS and gave oral notification that the taxpayers’ address should be changed from the Wilshire Blvd. address to the West 3rd St. address.  Mr. Plata then prepared the taxpayer’s 2011 return and listed his office address as the taxpayers’ address on their 2011 return.

So you see, the taxpayers made the choice to tell the IRS “Call my agent” on their tax returns.  The IRS honored that choice.  When Appeals issued the NOD on November 29, 2012, it sent duplicate NODs for each year to two different addresses: (1) the Wilshire Blvd. address listed on the taxpayers’ 2010 tax return; and, just to be sure, (2) the West 3rd St. address listed on the taxpayers’ 2011 tax return, even though under the rules in Rev. Proc. 2010-16, the 2011 return had not been received soon enough to be “properly processed” before the NOD was issued.

At some point in time the taxpayers actually received the NODs and they petitioned the Tax Court for review.  They filed their petition on April 25, 2014, about 500 days late.

Lesson: Follow The Rules
The taxpayers argued that the IRS did not properly address the NODs because the IRS “knew that they had a business and lived in Hawaii.”  Their evidence for that was email correspondence between the Appeals Officer and the IRS employee who actually prepared the NOD package.  See IRM 8.17.4.4 (“How an AO Requests Preparation of a Notice of Deficiency”).  The emails showed that the AO knew who Dog the Bounty Hunter was and knew that the taxpayers operated their business in Hawaii and also lived there.  Heck, anyone who watches the show knows that!  Dude, this was Dog the Bounty Hunter!  Just send your mail to “Dog In Hawaii” and it will get to him.

The taxpayers thus argued that the Tax Court should apply a different rule for them (and presumably for other famous people).  Since the AO “knew” who they really were, the knowledge of that employee put the IRS on notice that the proper address to use would be one of the Hawaii addresses.  The kindest way to put their argument is that Dog's fame created a different duty of due diligence on the part of the IRS.

Judge Ashford rejected the famous-people-get-special-treatment argument as contrary to the well established last known address rules.  More importantly, she notes that the taxpayers’ argument---that the IRS should be deemed to know what any individual employee knows about the taxpayer---would create an impossible burden for tax administration.

Comment: A Second Meaning of Rule of Law
Last week’s Lesson looked at one meaning of the term Rule of Law.  That was the idea of looking at the source of legal rules, the idea being that we live under a Rule of Law and not a Rule of Fiat.  The Rule of Law results from a politically legitimate process. To live under a Rule of Law requires that the source of legal rules be politically legitimate and not be the arbitrary will of any one individual, such as a King or other type of Executive.  When rules are created by individual fiat, and can be changed by the unconstrained individual will of someone in power, that becomes tyranny.  Rules should be created by a proper process, whether that process is legislation, litigation, or agency rule-making.  And rules must operate to constrain the power of those who make them.  Thus last week’s lesson was about why the regulatory two-postmark rule and the common law mailbox rule were both consistent with this idea of Rule of Law.  Each rule was created through a legitimate process and could only be changed through another legitimate process.

This week’s Lesson looks at a different meaning of the term Rule of Law.  It looks at the way in which rules are enforced, or applied.  The idea here is the old chestnut that no person should be above the law.  Legal rules must apply equally and generally and must operate without favor to those who are rich and powerful in society.  What Judge Ashford did not say---because it seems so obvious that it should go without saying---is that the taxpayers’ special pleading argument was an argument against the Rule of Law.  They wanted special treatment.  Nope.  Not gonna happen.  Judge Ashford teaches us that the same last-known-address rules apply to all taxpayers whether or not they are generally famous and whether or not “everyone knows” they live somewhere in Hawaii.

Rich and famous folk have tax problems too.  But they must play by the same rules the rest of us must play by.  That is part of what it means to be a nation that follows the Rule of Law.

Bryan Camp is the George H. Mahon Professor of Law at the Texas Tech University School of Law, but that is not his last known address.

As we discussed via email, I have enjoyed your “Lessons” and in particular your decision to continue them as they offer some hope of continuity in the face of current events.

As your latest articles have referenced the somewhat squishy concept — the “Rule of Law”, I thought I would note this piece that breaks it down into 7 effects:

I used to provide this to my first year students during their legal foundations course as the Rule of Law is often talked about as an ideal but not defined with precision. It's a piece from a military lawyer talking about what restoring the “Rule of Law” means as a reason for, or in the aftermath of, a foreign incursion. The article was published in a publication — Green Bag — that highlights excellent (and accessible) legal writing. The students and I found that breaking the concept into component parts made the theoretical ideal much more concrete and addresses some of your thoughts as you have broken it down over the past couple “Lessons.”

Looking forward to next week.