Kamin Presents How Far To Go In Reforming Taxation Of Wealth? Online Today At UC-Irvine 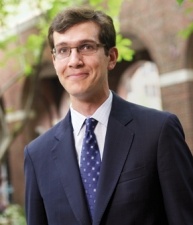 Reforming the taxation of wealth of individuals is now one of the leading issues among progressive policymakers. It is being prominently discussed on the presidential campaign trail and in the halls of Congress, as a way of addressing our failure to effectively tax some of the richest Americans. Most of these proposals involve significant changes, but some go much further than others and involve more dramatic reforms. The more fundamental reform options come in two basic varieties—annual wealth taxation and accrual income taxation, sometimes known as mark-to-market income taxation. By contrast, the more incremental reforms focus on more targeted changes to the current system with a focus on two key areas: step-up in basis at death and estate and gift taxation. A key question then is how far to go in reforming the taxation of wealth.

This paper presents a qualified case for pursuing the fundamental reform options at least eventually, either annual wealth taxation or accrual taxation.

So, why is it a qualified case for going beyond incremental reform? It is qualified in part these revenue estimates present something of a puzzle. This paper also engages in an analysis of the major mechanisms by which wealth escapes tax, and, based on that, it is not clear why the fundamental reform options raise so much more. One plausible explanation is that analysts are too pessimistic when it comes to the more incremental approaches and may not sufficiently adjust key parameters for the ways these options change the legal framework. The case is also qualified in recognition of the fact that the devil is in the details of the more fundamental reform options, and there is much work to be done in designing them.