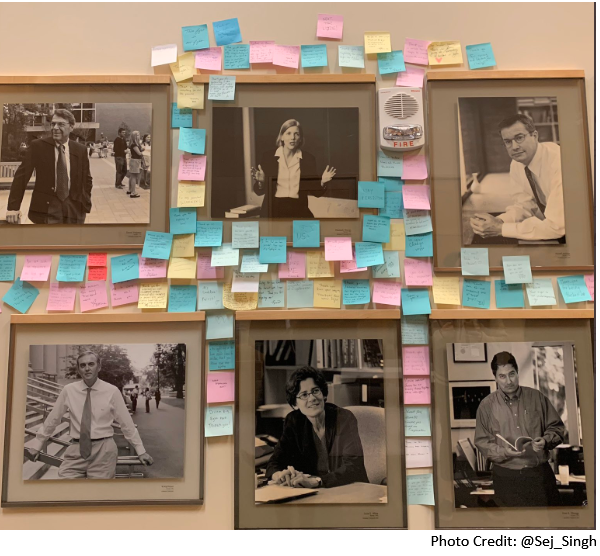 Before Elizabeth Warren entered politics, she spent nearly two decades as a professor at Harvard Law School, imparting her extensive knowledge of bankruptcy and commercial law to hundreds of young legal minds.

And on Thursday, after she announced her withdrawal from the race to become the Democratic nominee for president, students at the Ivy League school expressed their gratitude for the Massachusetts senator’s bid by writing encouraging messages on Post-it notes and putting them around a portrait of her that hangs in a campus building.

Some of the messages read: “Voting for you was the easiest vote I ever cast! Thank you for inspiring me!” and “You inspired me to come to HLS. Thank you," and “Don’t give up. We are with you!”

Umm. They do realize she wouldn’t have been hired if she hadn’t lied about being Native American?

Go ahead, find a current white faculty member who graduated from a TTT law school and report back. I’ll wait.