Chronicle of Higher Education, At the Precipice: 6 in 10 Colleges Say They Missed Fall Enrollment Goals:

The long-predicted crisis in higher education is upon us.

It’s hitting both public and private institutions. Publics in states like Alaska, Connecticut, Pennsylvania, and Wisconsin are grappling with consolidations and financial strain, declining revenues, and uncertain futures. Even in New York, which has set up a free-college program for public institutions, administrators fret over a projected drop-off of tens of thousands of students in the years to come.

Private colleges, meanwhile, have seen a wave of closures in states like Massachusetts and Vermont. But leaders of private institutions in other states fear theirs may be next. At the Council of Independent Colleges’ annual conference for presidents, held last month in Florida, the worry and weariness was palpable. Attendees packed rooms with discussions on college finance, mergers, and the declining number of students coming out of high school.

The Chronicle’s latest enrollment survey of 292 institutions, conducted with the CIC and the American Association of State Colleges and Universities, makes clear that stress, pain, and uncertainty plague the nation’s private colleges and regional universities. Over all, about 60 percent of public and private institutions responding to the survey missed their enrollment goals, although private colleges were more likely to miss their goals by a wider margin. Sixty-seven percent of institutions did not meet their net-revenue goals, with public institutions hurting slightly more. 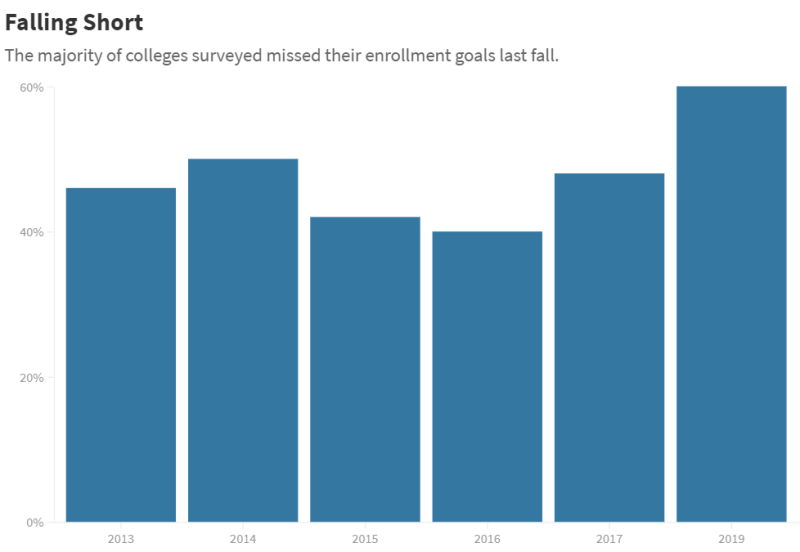 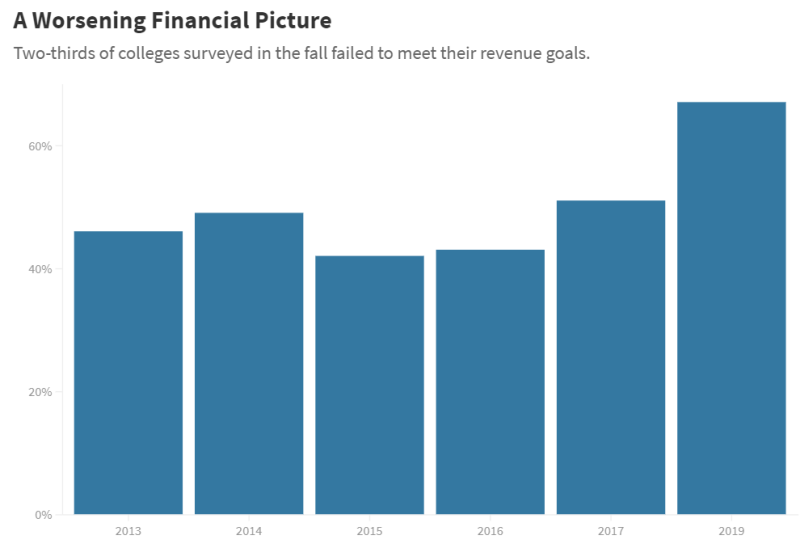